We are here for you to provide the important Current Affairs October 28 2018, which have unique updates of all daily events from all newspapers such as The Hindu, The Economic Times, PIB, Times of India, PTI, Indian Express, Business Standard and all Government official websites. 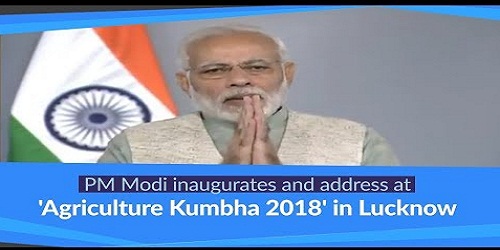 Objective:
To enable technology driven solution to farmers and double their income.
Key Points:
i. Krishi Kumbh is having:

ii. Under this, the Government is providing 50 to 80 per cent discount on machineries to stop farmers from stubble burning.
iii. In addition to setting up of solar pumps in farms sectors across the country, Rice Research Centre will be set up in Varanasi.
iv. He also called upon agriculture scientists and experts to use this event to find technology-related solution so that farmers and environment both are benefited.
Uttar Pradesh:
♦ Chief Minister: Yogi Adityanath.
♦ Governor: Ram Naik.
♦ National Parks: Dudhwa National Park, Philibit Tiger Reserve , Sandi Bird Sanctuary.
♦ Uttar Pradesh has 23 wildlife sanctuaries across 27 districts covering over 5,000 sq km.
♦ UNESCO Heritage Site: Agra Fort, Fatehpur Sikri. i. It was organized by Nuernberg Messe India and APEDA (Agricultural and Processed Food Products Export Development Authority, Ministry of Commerce and Industry and supported by the Indo-German Chamber of Commerce.
ii. The theme of the BIOFACH INDIA conference being “Enhancing export of organic products trade from India – strategies and synergies”.
iii. An organic Theme Pavilion was set up by APEDA having direct display of items and direct business opportunity to Indian organic food product producers was provided.
iv.  150 exhibitors, 150 conference delegates and more than 60 international buyers from 15 countries participated in the exhibition cum international conference and buyer-seller meet.
v. Indian organic products including tea, spices, honey, basmati rice, coffee, cereals, dry fruits, vegetables, processed foods and medicinal plants were showcased and discussed about.
About BIOFACH:
BIOFACH INDIA is also part of the BIOFACH WORLD forum, which includes events in Germany, USA, China, Japan, Thailand, Brazil organized by Nuernberg Messe Germany. The event has been successful in highlighting INDIA’s presence on the world map in the topic of “Organic Farming”.
India ranks first in terms of total number of organic producers and 9th in terms of world’s organic agricultural land.
Ministry of Commerce:
♦ Union Minister: Shri. Suresh Prabhu.
♦ Minister of State:  Shri. C R Chaudhary.

ii. The following was discussed in the meeting:

Background:
Naga rebel outfit NSCN (Khaplang), an insurgent group said to be operating from camps across the border in Myanmar, had killed 18 Army personnel in an ambush in Manipur.
Myanmar:
♦ Capital: Naypyidaw.
♦ Currency: Burmese kyat.

Indian Railways to build world’s highest railway line in Ladakh region
On October 26, 2018, Indian railways announced the world’s highest railway line that will run along the India-China border.
i. The rail line will have a highest road point of 5,360 metres above mean sea level.
ii. The estimated cost to build this 465 km-line will be Rs 83,360 crore.
iii. It will consist of 74 tunnels, 124 major bridges and 396 minor bridges and 30 stations.
iv. Keylong station on the route will be build inside a tunnel at a height of 3,000 metres, a first in India.
v. More than half of the train route will be covered in tunnels, longest being 27 km, and the total length of the tunnels would be 244 km.
vi. It will reduce the time to connect New Delhi with Ladakh region from currently 40 hours to 20 hours, through building strategically-important Bilaspur-Manali- Leh line along the Indo-China border.
vii. It will give quick all-weather access to the armed forces and boost tourism.
Ministry of Railways:
♦ Union Minister: Piyush Goyal.
♦ Minister of State: Manoj Sinha and Rajen Gohain.

The 5-days extravaganza ‘Experiencing North East’ festival began in New Delhi
On October 27, 2018, the 5-day ‘Experiencing North East’ festival was launched at India International Centre (IIC), New Delhi which will continue from 27th-31st October, 2018.
It was inaugurated by Shri N.N. Vohra, Former Governor and President, IIC.
i. It was organized by North Eastern Council (NEC), Ministry of Development of North Eastern Region (DoNER) in collaboration with India International Centre.
ii. It is a part of  Destination North East series.
iii. The festival will showcase art, handicraft, handlooms, tourism, food, culture etc. of the North-East.
iv. 5 workshops focusing on various themes like Adventure Tourism in NER, Science & Technology Interventions in North East Region (STINER), Act East & NER will be constructed.
v. A  Festival of Films from the region  will also be organised on the occasion.
Ministry of Development of North Eastern Region (MDoNER):

TAG index: Kerala & Mumbai the best State & city for teenage girls in India
On October 27, 2018, according to survey findings of The Teen Age Girls (TAG) Report, conducted by Project Nanhi Kali, Kerala topped the TAG index, which compares the performance of each State based on the status of their teenage girls.
i. This is the nation’s first report on what it means to be a teenage girl in India.
ii. This report was Compiled and published by the Naandi Foundation, with grant support from Mahindra & Mahindra Ltd.
About the survey:
i. It was conducted by an all-women team of 1000 surveyors, covering over 74,000 girls across the country and traversed 30 States and 600 districts.
ii. The parameters for the measurement of the TAG index were:

Findings of the Survey:
i. According to the report, there are 80 million teenage girls in the country at present.
ii. The positive results show:

Government to set up National Sports Stadium for differently-abled in Meghalaya
On October 25, 2018, Union Minister for Social Justice and Empowerment, Thaawarchand Gehlot announced the construction of the international standard Stadium for differently-abled in Shillong, Meghalaya.
i. It would be constructed at the cost of over Rs 200 crore and the state would provide 50 acres of land for the project.
ii. It will be one of the five National Sports Stadiums of international standard for differently-abled sportspersons, under the Assistance to Disabled Person scheme.
iii.  It should come up before National Games 2022 in Meghalaya enabling it to host Olympics for the differently-abled.
iv. He also announced that the central government will also set up a Composite Regional Centre in the state.
Meghalaya:
♦ Chief Minister: Conrad Sangma.
♦ Governor: Tathagata Roy.
♦ National Parks: Balpakhram National Prak , Nokrek National Park. 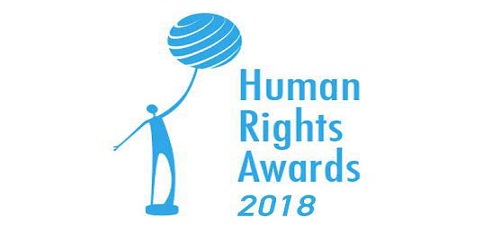 i. It was announced by Maria Espinosa, UN General Assembly President.
ii. The awardees would be conferred in this year’s award ceremony which will be held in UN Headquarters in New York, USA on Human Rights day on December 10, 2018.
iii. The awardees are as follows:

About the Awardees:
i.  Asma Jahangir was the first woman to serve as the president of the Supreme Court Bar association of Pakistan.
ii. She is the 4th Pakistani woman to receive this prestigious award.
iii. Gyumi is the founder of Msichana Initiative in Tanzania, a local NGO that caters to girl’s right in education.
iv.  She also won the UNICEF Global Goals award in 2016 and was named the Woman of the Year by New African Women Magazine.
v. Wapichana became the 1st indigenous woman to be elected to the Congress in Brazil.
vi.  Front Line Defenders is a Ireland-based charity that was founded in Ireland’s Dublin in 2001.
UN:
♦ Headquarters: New York.
♦ Founded: 24, October 1945. 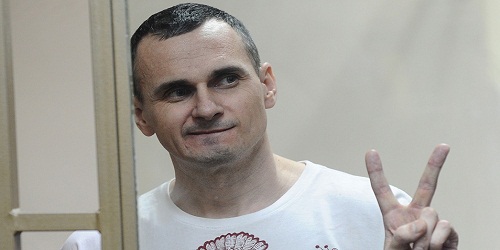 i. He was awarded the 50,000 euro (USD 58,000) prize for an “exceptional contribution” to human rights around the world.
About The Sakharov Prize:
♦ Set up in 1988.
♦ Named after: Soviet dissident Andrei Sakharov.
♦ Purpose: Awarded every year to individuals or organizations that “have made an important contribution to the fight for human rights or democracy.
♦ Last Year winner in 2017: The democratic opposition in Venezuela. 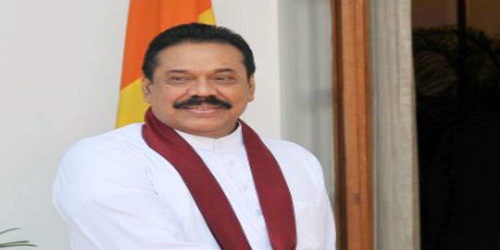 Portal to promote Odia language, literature inaugurated: Odisha
On October 27, 2018, Chief Minister Naveen Patnaik launched a new web portal of ‘Odia Virtual Academy’ to promote the Odia language and literature.
i.The portal is: (www.ova.gov.in).
ii. This is a result of 3 MOUs signed by the State Government with the University of Chicago library, CDAC and Centre for Internet and Society, Bengaluru for digitization and development of Odia software.
iii.  This will be helpful in the promotion of Odia language at the international level, especially for the Non Resident Odias (NROs).
iv.So far, as many as 170 books of Odia literature have been placed in the Academy website.
v. Upcoming projects of the Academy are:

First Pakistan astronaut will go into space in 2022 with China’s help
On 25th October 2018, Pakistan announced that it would send a human to space for the first time in 2022 with the help of China.
Key Points:
i. This announcement was made by Pakistan’s Information Minister Fawad Chaudhry.
ii. Pakistan’s first space mission has been planned for 2022. This plan was approved at the federal Cabinet meeting chaired by Pakistan Prime Minister Imran Khan on 25th October 2018.
iii. An agreement has been signed between Pakistan Space and Upper Atmosphere Research Commission (SUPARCO) and a Chinese company.
iv. In early 2018, Pakistan had launched 2 indigenously built satellites into orbit, using a Chinese launch vehicle.
About Pakistan:
♦ Capital – Islamabad
♦ Currency – Pakistani rupee
♦ Official languages – English, Urdu
♦ President – Arif Alvi
♦ Prime Minister – Imran Khan 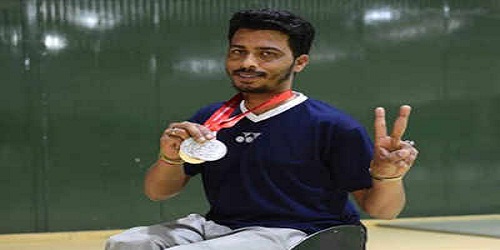 FIFA announces increased prize money for women’s World Cup
On 26th October 2018, FIFA (Fédération Internationale de Football Association) announced that, it doubles the prize money for the women’s World Cup with 2019 tournament in France from June 7 to July 7.
i. This announcement was made by FIFA president Gianni Infantino, at FIFA Council meeting, in Kigali, Rwanda.
ii. Overall contribution will be $50 million for the 24 participating nations. This is more than 3 times the amount paid in 2015.
iii. This a 100 % increase in prize money from $15 million to $30 million.