We are here for you to provide the important Current Affairs October 1 2018, which have unique updates of all daily events from all newspapers such as The Hindu, The Economic Times, PIB, Times of India, India Today, Indian Express, Business Standard, all Government official websites. President gives assent to Karnataka’s 2016 Good Samaritan Bill
On October 1, 2018, President Ram Nath Kovind gave his assent to Karnataka Good Samaritan and Medical Professional (Protection and Regulation during Emergency Situations) Bill, 2016.
i. This bill aims to provide legal protection to the good samaritans in the state, who help accident victims with emergency medical care in the golden hour.
ii. In medical term the ‘golden hour’ is the first hour after a traumatic injury when emergency treatment is very crucial.
iii. Also, a proposed ‘Good Samaritan Fund’ has been set up for the help of the Samaritans with the expenses for attendance in courts and police stations by them.
iv. Karnataka has become the first state in the country to give legal protection to good samaritans.
Karnataka:
♦ Chief Minister: H D Kumaraswamy.
♦ Governor: Shri Vajubhai Vala.
♦ National parks: Anshi National Park, Bandipur National Park, Bannerghatta National Park, Kudremukh National Park, Rajiv Gandhi (Nagarhole) National Park. 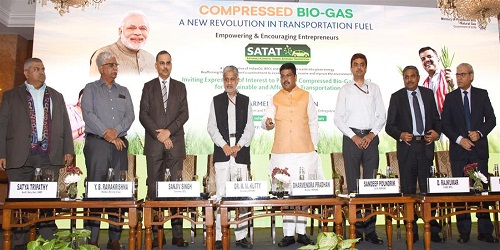 Objective:
To boost availability of more affordable transport fuels with better usage of agricultural residue, cattle dung and municipal solid waste.
Key Points:
i. It was launched as a part of Swachhta Hi Seva movement.
ii. During this launch, the PSU Oil Marketing Companies (OMCs ,i.e. IOC, BPCL and HPCL) invited xpression of Interest (EoI) from potential entrepreneurs to set up Compressed Bio-Gas (CBG) production plant.
iii. These plants would provide available CBG for use in  automotive fuels.
iv. This practice of using bio gas as a fuel would help provide an additional revenue source to farmers and  vehicle-users.
v. It would also help reduce polluted urban air due to farm stubble-burning and carbon emissions.
Other News:
i. According to National Policy on Biofuels 2018, 5,000 Compressed Bio-Gas plants across India will be rolled out in a phased manner:

ii. These project will have an investment of around one lakh 75 thousand crore rupees.
Background:
The 1,500-strong CNG stations network in the country currently serves about 32 lakh gas-based vehicles. The Working Group on Biofuels, set up under the National Policy on Biofuels 2018, is in the process of finalising a pan-India pricing model for Compressed Bio-Gas.

Rs. 36,000 cr to be injected into system through purchase of govt bonds: RBI
On October 1, 2018, Reserve Bank of India announced injection of Rs.36,000 crore into the system through purchase of government bonds.
Objective:
To meet the festival season demand for funds.
Key Points:
i. The auctions to purchase government bonds will be as part of the Open Market Operations (OMO) to help manage liquidity.
ii. It would take place in the second, third and fourth week of October.

IFC to invest $100 million in IRF, a Piramal-Bain joint venture
On October 1, 2018, International Finance Corporation (IFC) the finance arm of World Bank approved investment of $ 100 million in India Resurgence Fund (IRF).
i. India Resurgence Fund (IRF) is a joint venture of Parimal Enterprise Limited and Bain Capital.
ii. The fund originally needs a total of $300 million and each of the partner organizations have invested $100 million each.
iii. This fund would help in investing in restructuring of balance sheets of important organizations linked to infrastructure and consumption.
iv. These include buying assets in cement, steel and power. It is also looking to invest in hospitals, pharma, chemicals, paper, hotels and auto components.
IFC:
Headquarters: Washington D.C.

SBI cut daily ATM cash withdrawal limit to Rs 20,000
On October 1, 2018, SBI halved the withdrawal limit from Rs. 40,000 to Rs. 20,000 per day.
i. This was targeted for debit cards of the ‘Classic’ and ‘ Maestro’ platfroms.
ii. The main objective in doing so was to reduce the number of fraudulent transactions and promote cashless transactions.
iii. This move would be effective form October 31, 2018 as according to Banking Codes & Standards Board of India (BCSBI) guidelines, at least 30 days’ notice has to be given to customers for any change in terms and conditions or charges.
SBI:
♦ Headquarters: Mumbai.
♦ Chairman: Rajnish Kumar.
♦ Tagline: With you all the way, Pure Banking Nothing Else, The Nation’s banks on us.

ii. The indices compare the current price-earnings ratio (P/E) or price-book ratio (P/B) with historical P/E or P/B ratio of Nifty 50 in the previous seven years.
iii. In these indices, the maximum allocation to equity is 80 per cent and minimum allocation is 65 per cent.
iv. This will help fill the gap due to the absence of a relevant benchmark for performance comparison of the popular dynamic asset allocation category offered by mutual funds in the country.
NSE:
Headquarters: Mumbai. i. The annual award comprises of a cash prize of Rs 5 lakh along with a citation.
ii. She represented the Indian senior team for the first time in 2011 during a four-nation tournament in Argentina.
iii. She also participated in the 2016 Summer Olympics and also won the gold medal Womens Hockey Asia Cup after a gap of 13 years in Japan on November 5, 2017.
iv. Apart from her, 2 other sportswomen would felicitated with the award.
v. They are:  weight lifter Jhili Dalabehera and Badminton player Rutuparna Panda.
About the Award:
♦ The Ekalabya Puraskar has been instituted by IMPaCT, the social wing of IMFA, which has been promoting literature, sports, the arts, culture and other socially meaningful activities in the state for decades.
♦ Instituted in 1993.

Max Life MD Rajesh Sud resigned, CFO Prashant Tripathy appointed as next MD
On October 1, 2018, the Managing Director of Max Life Insurance, Rajesh Sud resigned from the company.
i. He will be replaced by CFO Prashant Tripathy with effect from January 1, 2019.
ii. He has spent 18 years in Max Life and completed his second five-year term as executive vice chairman and managing director of the company.
iii. He will continue to be the non-executive chairman Max Bupa and Max Skill-First till March 31, 2019.
iv. Also the current senior director and chief operations officer V Viswanand has been appointed the Deputy Managing Director of the company.
MAX Life Insurance:
Headquarters: New Delhi.

6-member board led by Uday Kotak set up to appoint chairman of IL&FS
On October 1, 2018, Ministry of Corporate Affairs appealed the National Company Law Tribunal (NCLT) to change of the board and management control of Infrastructure Leasing & Financial Services (IL&FS).
i. The NCLT has changed and appointed 6 members in its place in the board of the company. They are:

ii. These new directors would decide on the chairman by 8 October.
iii. The new board would submit the response in the NCLT by 15 October and the tribunal would hear the matter further on 31 October.
Background:
i. IL&FS has over Rs 16,500 crore of standalone debt and Rs 91,000 crore of consolidated debt. Banks and insurance companies have the largest exposure to IL&FS.
ii. Recently, India Ratings and Research (Ind-Ra) also downgraded long-term issuer rating on IL&FS Financial Services to  ‘IND C’ due to liquidity pressure.
IL&FS:
♦ Headquarters: Mumbai.
♦ CEO: Arun K. Saha. 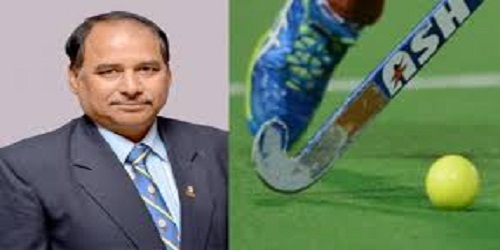 i. Earlier, Mohd Mushtaque Ahmad was the Secretary General of HI. He replaces Rajinder Singh.
ii. Other appointments: 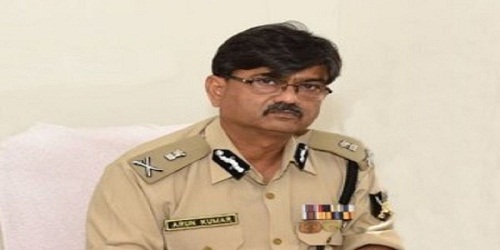 i. Arun Kumar replaces Dharmendra Kumar. Arun Kumar is a 1985 batch IPS (Indian Police Service) officer of the Uttar Pradesh cadre.
ii. He is Special Director-General of the Border Security Force (BSF). He has served as Joint Director of the Central Bureau of Investigation (CBI).

Rajesh Agrawal Takes over charge as a New Member (Rolling Stock), Railway Board
On 28th September 2018, Rajesh Agrawal took charge as the new Member (Rolling Stock), Railway Board and ex-officio Secretary to the Government of India.
i. Rajesh Agrawal belongs to the 1980 batch of Indian Railways Services of Mechanical Engineering (IRSME). Earlier, he was General Manager of Modern Coach Factory at Raebarely.
ii. He is an author of All Indian Railways World Heritage Sites Inscriptions. He has received awards like Gold Medals in IE (India)’81, NAIR’85, GM’95, Hindi-Board’s Award’88, UNESCO Best Project ’07 Barker Robbins Prize etc.

IDBI Bank MD, CEO B Sriram retires
B Sriram has resigned as Chief Executive Officer (CEO) and Managing Director (MD) of IDBI Bank.
i. He became MD and CEO of IDBI bank in June 2018 replacing Mahesh Kumar Jain. B Sriram, was previously the Managing Director at State Bank of India. IDBI Bank is yet to select its new MD and CEO

Japan’s Minerva-II-1 rovers send back first video from asteroid Ryugu 280 million km away
Japan’s two Minerva-II-1 rovers have sent first video images from the surface of asteroid Ryugu.
Key Points:
i. Japan Aerospace Exploration Agency (JAXA) has released a 15-frame clip and new photographs taken by the two Minerva-II-1 rovers.
ii. The rovers were deployed by unmanned spacecraft Hayabusa2 about 60 metres on to Ryugu’s surface after a 3.5 year journey. Ryugu is 280 million km away from Earth.
iii. This is the world’s first moving, robotic observation of an asteroid surface. The rovers can jump upto 15 m across the asteroid’s surface and stay airborne for 15 minutes.
iv. The mission was launched in December 2014 to study the origin of solar system. It will return to Earth with samples in 2020.
About Japan Aerospace Exploration Agency (JAXA):
♦ President – Hiroshi Yamakawa
♦ Headquarters – Tokyo, Japan 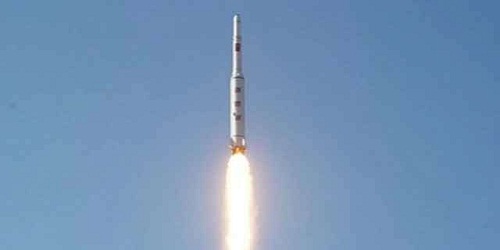 Key Points:
i. This is the second commercial launch by the Kuaizhou-1A rocket. The Kuaizhou-1A rocket is a low-cost solid-fuel carrier rocket.
ii. It has high reliability and a short preparation period. It has been designed to launch low-orbit satellites upto 300 kg of weight.
iii. Kuaizhou-1A’s  first launch was carried out in January 2017. It had sent 3 satellites into space.
iv. Kuaizhou-1A was developed by a rocket technology company under the China Aerospace Science and Industry Corporation (CASIC).
v. Centispace-1-s1 has been developed by Innovation Academy for Microsatellites of the Chinese Academy of Sciences.
vi. It is a technology experiment satellite for the low-orbit navigation enhancement system that is developed by Beijing Future Navigation Technology Co.
About China Aerospace Science and Industry Corporation (CASIC):
♦ Owned by – Government of China
♦ Headquarters – Beijing, China

2 new species of lizards discovered in Western Ghats
On October 1, 2018, scientists from Bombay Natural History Society (BNHS) and Centre for Ecological Sciences, IISc, Bangalore discovered two new species of lizards belonging to two new genera in Western Ghats.
i. The Lizards are: Montane forest lizard and Spiny-headed forest lizard.
ii. The two reptiles had been wrongly identified under the genus Calotes (similar to the common garden lizards) for more than 150 years.
iii. The paper was published last week in Zootaxa. 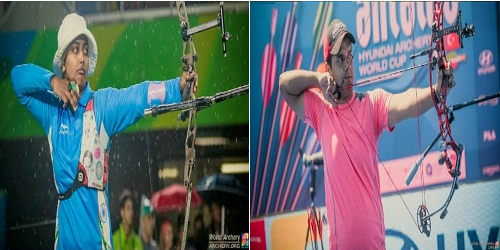 i. This was Lewis Hamilton’s 70th career win. Mercedes’ Valtteri Bottas finished in second position. He was followed by Ferrari’s Sebastian Vettel in third place. 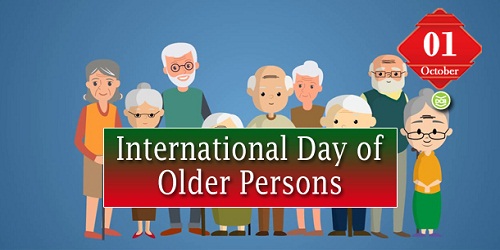 Key Points:
i.When: In 1990, the United Nations General Assembly declared 1st October as the International Day of Older Persons. It was first observed in 1991.
ii.Why: to create awareness on issues that affect the older persons like health issues and elder abuse. It is also appreciates the contributions of older people to the society.
iii.Theme: for International Day of Older Persons 2018 is “Celebrating Older Human Rights Champions.”
International Day of Older Persons observed in India:
i.Vice President M. Venkaiah Naidu conferred the “Vayoshreshtha Samman-2018” awards on outstanding senior citizens and institutions.
ii.A short film titled “Yeh Zindagi Sabak Hai” based on the achievements of the awardees was screened. It was produced by Ministry of Social Justice and Empowerment through National Film Development Corporation (NFDC).
iii.Thaawarchand Gehlot, Union Minister for Social Justice & Empowerment flagged off a “Walkthon” for older persons at Commonwealth Games Village Stadium, in New Delhi.
iv.It was organised by the Ministry of Social Justice & Empowerment, National Institute of Social Defence (NISD) and Anugraha Organisation.