We are here for you to provide the important Current Affairs November 29 2018, which have unique updates of all daily events from all newspapers such as The Hindu, The Economic Times, PIB, Times of India, PTI, Indian Express, Business Standard and all Government official websites. 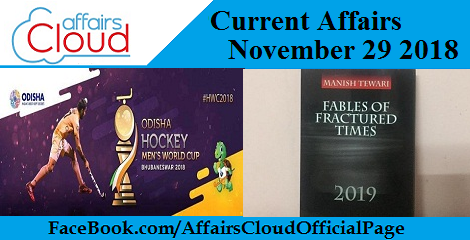 Government brought 2000 Public Authorities Under the purview of RTI Act 2005
On November 25, 2018, the Union Minister of State (Independent Charge) Development of North Eastern Region (DoNER), Dr Jitendra Singh stated that PM Modi led government has brought most of the public authorities under the purview of the RTI act to maintain maximum transparency in the institutions.
i. The nodal department for the RTI Act is the Department of Personnel and Training(DOP&T), and it has so far inducted nearly 2000 public authorities under the purview of the Act.
Background:
i. Right to Information Act 2005 mandates timely response to citizen requests for government information.
ii. It replaced Freedom of Information Act, 2002 and covers the whole of India except Jammu & Kashmir.
Department of Personnel and Training (DOP&T):
♦ Under the Ministry of Personnel, Public Grievances & Pensions.
♦ Minister of State: Dr. Jitendra Singh.

NITI Aayog organized the 2nd phase of Urban Water Management in New Delhi
On November 26, 2018, NITI Aayog in collaboration with the Singapore Cooperation Enterprise (SCE) & Temasek Foundation (TF) Internationalorganized the 2nd Phase of Urban Management Programme on ‘Water Recycling and Reuse’ at India Habitat Centre in New Delhi.
i. This event was in accordance to an MOU signed by the NITI Aayog and TF International to develop recycled water as part of sustainable and diverse water portfolio.
ii. The event focused on capacity building programme on management of water, particularly its recycling & reuse, and its importance for future urban planning and policy.
iii.8 States/UTs were selected for the capacity building workshops through a Challenge Method. They were –Uttar Pradesh, Tamil Nadu, Punjab, Chhattisgarh, Karnataka, Meghalaya, Puducherry and West Bengal.
Background:
The broader capacity building engagement with SCE also includes a series of interactive workshops, advisory sessions and an expository visit to Singapore.
Singapore:
♦ Capital: Singapore.
♦ Currency: Singapore dollar.

Objective:
To provide a boost to the Intellectual Property Right (IPR) culture in indigenous defence industry
Key Points:
i. The event showcased the successful outcomes of adopting and utilizing the Intellectual Property Right (IPR) applications which enhanced inventions and innovations among Defence Public Sector Undertakings (DPSUs).
ii. Department of Defence Production and Directorate General Quality Assurance (DGQA) had a significant role in spreading awareness about the benefits of creating the  Intellectual Property culture in the defence sector.
iii. Thus, the Directorate General of Quality Assurance (DGQA) was further entrusted with the responsibility of coordinating and implementing the programme to fulfill its objective.
Background:
With the involvement of IPR, an IP Facilitation Cell was established in April 2018 which has worked tirelessly to achieve ambitious targets of training 10,000 personnel of OFB and DPSUs on IPR and to facilitate filing of at least 1,000 new IPR applications.
Ministry of Defence:
♦ Union Minister: Smt. Nirmala Sitharaman.
♦ Minister of State: Shri. Subhash Bhamre.
♦ Secretary, Department of Defence R&D and Chairman DRDO: Dr G Satheesh Reddy.

CSIR to establish a High-End Skill Development Centre in Chandigarh
On 27th November 2018, India’s Premier National Research Laboratory, the Council of Scientific and Industrial Research – Institute of Microbial Technology (CSIR – IMTECH) announced a new partnership with a leading German Science and technology company, Merck to establish a “High End Skill Development Centre” at CSIR- IMTECH in Chandigarh.
i. The first of its kind, this High End Skill Development Centre in Chandigarh will augment India’s Initiative for Skilling India in the area of Life Sciences. The Centre will train Indian students and researchers in Life Science Technologies.
ii. The Centre will be equipped with next generation technologies like Gene editing and Single-Molecule Biomarker detection. 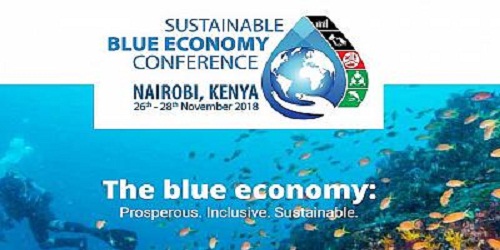 It aims to work through the framework of the Indian Ocean Rim Association (IORA).
Objective:
To advance the global conversation on the sustainable development of the Blue Economy.
Key Points:
i. The theme of this conference was ‘The Blue Economy and the 2030 Agenda for Sustainable Development.’.
ii. It was primarily hosted by the Government of Kenya with Canada and Japan as co-hosts and supported by UNDP through a multi donor basket fund.
iii. The Sustainable Blue Economy Conference was built on the momentum of the UN’s 2030 Agenda for Sustainable Development, the 2015 Climate Change Conference in Paris and the UN Ocean Conference 2017 ‘Call to Action.‘
iv. From India Union Minister for Shipping, Road Transport & Highways, Water Resources, River Development and Ganga Rejuvenation Nitin Gadkari participated in the conference.
v. Other important players attending the conference were:

Saudi-India Business Meeting held in Riyadh to discuss trade and regional cooperation
On November 28, 2018, Saudi-India Business meeting was held in Riyadh with the Council of Saudi Chambers during the visit of the Indian Infrastructure & Housing delegation to the Kingdom of Saudi Arabia.
i. Indian side was led by Manoj K Bharti, Additional Secretary, ED Division, Ministry of External Affairs, Government of India.
ii. The meeting was aimed for business, trade and regional cooperation between the 2 countries.
iii. India is one of the 8 countries on the preferred list of Saudi Arabia.

Survey on India’s Startup Sector (SISS) launched by RBI
On November 27, 2018, the Reserve Bank of India launched a Survey on India’s startup sector (SISS) to create a profile of the startup sector in India consisting of dimensions relating to turnover, profitability and workforce.
Objective:
To understand the problems faced by the startup sector.
Key Points:
i. The details of the start-up entities were made available by the Department of Industrial Policy and Promotion (DIPP) in the Ministry of Commerce and Industry, Government of India in March 2018.
ii.In a recent NASSCOM-Zinnov report titled “Indian Start-up Ecosystem 2018: Approaching Escape Velocity,”, India has emerged as the third largest startup hub in the world.Bangalore becoming one of the fastest growing technology startup hubs.
For more information: Click Here

Second quarter GDP growth likely to slow to 7.5-7.6 per cent: SBI Ecowrap
On November 26, 2018, according to the ‘SBI Ecowrap’ report released by the State Bank of India, the GDP growth in the September quarter (which is the 2nd quarter) is expected to decelerate to 7.5-7.6 per cent over the previous three-month period.
i. This could be concluded from the result of the SBI Composite Leading Indicator (CLI), a basket of 21 leading indicators for September quarter of the current fiscal.
ii. The reasons for this declining trend is due to slowdown in rural demand.
iii. In the previous quarter of April-June quarter of 2018-19, the GDP was 8.2 per cent at constant prices (2011-12).
iv. Furthermore, the second quarter GVA growth was slowing down due to decline in demand as observed in October 2018. 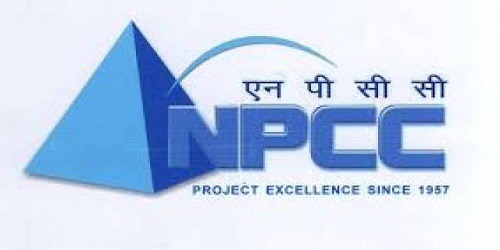 Key points:
i. With the status of Miniratna the company will have greater autonomy as the board’s power would get enhanced.
ii. One of the premier construction companies, NPCC has also been awarded with the ISO 9001:2015 Certification.
iii. The National Projects Construction Corporation Limited (NPCC), is a schedule ‘B’ Central Public Sector Enterprise (CPSE) under the administrative control of Ministry of Water Resources and was incorporated in 1957.
iv. The Central Public Sector Enterprises (CPSEs) which have made profits in the last three years continuously and have positive net worth are eligible to be considered for grant of Miniratna status.

Elysium Capital appoints Sachin Khandelwal as Strategic Adviser
Elysium Capital Advisory, a real estate-focused investment bank, has appointed Sachin Khandelwal as a strategic advisor and mentor. Khandelwal will guide Elysium to strengthen existing business lines and help taking informed strategic decisions to pursue new growth areas.
Key points:
Before this, Khandelwal’s most recent engagement was as a key member on the board of Magma Fincorp and he was MD and CEO for their housing finance company. Also he had worked as MD and CEO of ICICI Home Finance Company.
About Elysium Capital
♦ Managing Partner: Leo D. Corradini
♦ Headquarter: Mumbai

FitLoo: MIT’s smart toilet detects cancer, diabetes through urine
Researchers at Massachusetts Institute of Technology (MIT) and European space agency along with Sanitation Specialists have developed Smart toilet named “FitLoo” which can detect diseases like Cancer and Diabetes by screening the Urine and directly shares the data on users’ smartphone.
i, The Smart Toilet ‘FitLoo’ is based on the automated sample testing technology used by astronauts at International Space Station (ISS).
ii. The toilet will screen Human Urine for the presence of extra proteins and glucose with the help of sensors located inside the bowl.

‘Miko 2’: IIT-Bombay graduates launch India’s first advanced personal robot for kids
On 27th November 2018, Graduates of Indian Institute of Technology – Bombay (IIT-B) who are Co-founders of a start-up called Emotix have launched India’s first advanced personal robot Miko 2 for Kids.
i. IIT Bombay graduates Sneh Rajkumar Vaswani along with his batchmates Prashant Iyengar and Chintan Raikar have founded the Tech start-up Emotix.
ii. Miko 2 is India’s first advanced robot that can see, hear, sense, express, talk, recognize faces, remember names, Identify moods and initiate a conversation. It learn from its own environment to develop a bond with the child. 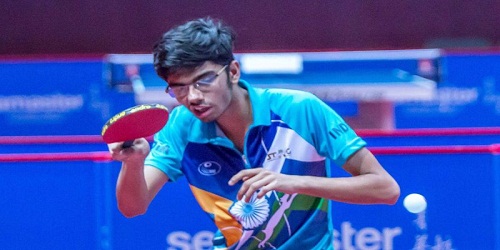 Key points:
i. Manav Thakkar lost to Russia’s Denis Ivonin in the semifinals by 2-3 to miss out on the gold.
ii. Zhao Zihao of China won the gold medal in the U-21 singles category by defeating Denis Ivonin of Russia.
About Belarus:
♦ Capital: Minsk
♦ Currency: Belarusian Ruble i. SpongeBob which was aired for nearly two decades since its premiere in 1999 is Nickelodeon’s biggest hit. Hollywood actor David Hasselhoff was starred in SpongeBob SquarePants Movie.

Key points:
i. The book is edited by the nationalist think tank Dr Syama Prasad Mookerjee Research Foundation (SPMRF) and members of the Niti Aayog: Dr Bibek Debroy, Dr Anirban Ganguly and Shri Kishore Desai.
ii. The book contains 51 essays on themes ranging from economy to diplomacy, education to public health.
ii. The book endeavours to elaborate on how the government has set out to realise the vision of a New India.
iii. Recently Finance Minister Arun Jaitley had also unveiled a curated coffee table book titled ‘The Illustrated History of Indian Hockey: A Saga of Triumph, Pain and Dreams’ on 22nd November 2018.

Former PM Manmohan Singh launched the book “Fables of Fractured Times”
On 26th November 2018, Former Prime Minister of India, Shri Manmohan Singh launched a book authored by his former Cabinet colleague Manish Tewari “Fables of Fractured Times”. Former Jammu and Kashmir Chief Minister Farooq Abdullah was also present during the launch of Manish Tewari’s Book. The Book is a compilation of articles written by Manish Tewari on a wide array of issues, trends and events of National and International Arena between 2017 and 2018

Key Points
i. The Book “Fables of Fractured Times” deals with India’s engagement with different nations, the challenges and its foreign policy and contemporary concerns in India’s geopolitics.
ii. Manish Tewari, the National Spokesperson of the Indian National Congress is a leading Supreme Court Lawyer and former Minister of Information and Broadcasting in the UPA Government.
Some Other Books authored by Manish Tewari: Tiding of the troubled times, Decoding a Decade: The Politics of Policymaking