We are here for you to provide the important Recent and Latest Current Affairs 1 February 2020, which have unique updates of Latest Current Affairs 2020 events from all newspapers such as The Hindu, The Economic Times, PIB, Times of India, PTI, Indian Express, Business Standard and all Government official websites.

2019 Global Go To Think Tank Index Report: India’s ORF ranks 27th; CEIP, US tops the list
On January 28, 2020 the 2019 Global Go To Think Tank Index Report (GGTTI), complete ranking report of the world’s think tank was released by the Think Tanks and Civil Societies Program (TTCSP) at the University of Pennsylvania, United States(US). The index ranked top think tanks from around the world.
As per the report India’s Observer Research Foundation (ORF) was ranked at 27th place among 176 global think tanks. The report was topped by Carnegie Endowment for International Peace (CEIP) of US.
The complete report in detail are as follows:
i.ORF’ Performance : India’s ORF which ranked 27th in 2019 was previously ranked 118th position in 2018. It has also featured at 9th place on the “Think Tank to Watch in 2019” list.

ii.Other Indian think tanks: India’s other think tanks that featured on the list include Institute of Defence Studies and Analyses (IDSA) at 41st rank; Centre for Civil Society (CCS) at 83rd rank; Indian Council for Research on International Economic Research (ICRIER) was at 110th rank; The Energy and Resources Institute (TERI) at 111th rank; Vivekananda International Foundation (VIF) was ranked at 149th rank.
iii.Top 3 list: The CEIP which topped the list was followed by Belgium’s Bruegel and French Institute of International Relations (IFRI) in the 2nd and 3rd place respectively. United Kingdom’s(UK) Chatham House was ranked 6th on the list….Click here to Read More

Govt data: BoM & SBI were only PSBs rated  ‘good’ in digital transactions in Dec 2019
On January 30, 2020 according to data released by Government via Ministry of Electronics and Information Technology (MeitY), Bank of Maharashtra (BoM) and State Bank of India(SBI) were the two only Public Sector Banks(PSBs) rated as “good” in digital transactions for December 2019. BoM and SBI obtained a score of 77 and 68 respectively.
Govt data on digital transactions:
i.Score: The score for an individual bank was given by Ministry of Electronics and Information Technology (MeitY) based on various parameters. The banks performance will also be rated on a monthly basis.
ii.Other bank score: The score of Yes Bank, Fino Payments Bank and HDFC Bank was 76 in December.
ICICI bank and IDFC first bank scored 74 and 73 respectively whereas Axis Bank and IDBI Bank scored 71 each as per MeitY.

Ajay Bisaria Appointed as Next High Commissioner of India to Canada 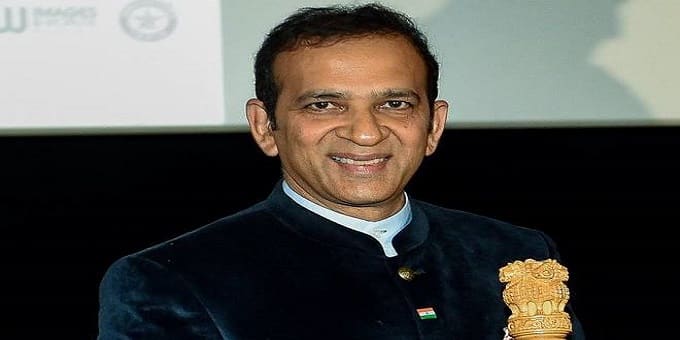 On January 31,2020. Ministry of External Affairs, Government of India(GoI) announced Ajay Bisaria as Next High Commissioner of India to Canada. Bisaria is an IFS (Indian Foreign Service) officer batch 1987.
Key points:
i.Bisaria served as High Commissioner of India to Pakistan after India scrapped the article 370 (a constitution which gives special status to Jammu Kashmir) in 2019, he returned to New Delhi after Pakistan forced India to recall its Envoy.
ii.Bisaria is going to replace Vikas Swarup who served as High Commissioner of India to Canada, he is now appointed as Secretary (Consular, Passport and Visa and Overseas Indian Affairs) at the Ministry of External Affairs.
About Canada:
Capital– Ottawa
Currency– Canadian dollar
Prime Minister– Justin Trudeau. 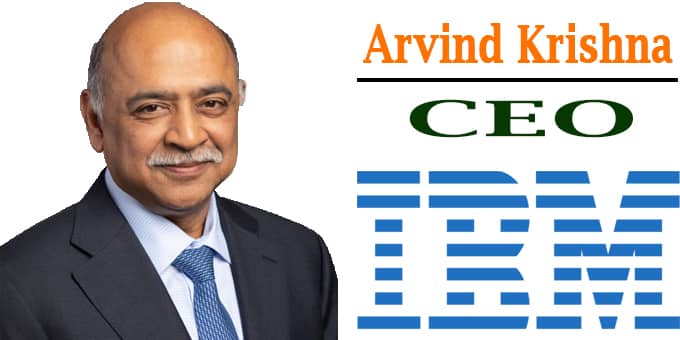 Abidali Neemuchwala quits as CEO and MD from Wipro

On January 31,2020 Abidali Neemuchwala quits as Chief Executive Officer(CEO) and Managing Director (MD) from Wipro IT (Information Technology) service providing company. He will continue in office until new CEO has been appointed.
Key points:
i.During Neemuhwala’s tenure, Wipro’s stock had a growth of 13%, while the stocks of Infosys and TCS grew 33% and 78% respectively and Also Wipro lost its 3rd position to HCL Technologies.
About Wipro:
Headquarters- Bangalore, Karnataka
Founder– M.H. Hasham Premji in 1945
Chairman- Rishad Premji

Govt appoints M.Ajit kumar as chairman of CBIC
On January 30,2020 The Appointments Committee of the Cabinet (ACC) has approved the appointment of M.Ajit Kumar as chairman of the Central Board of Indirect Taxes and Customs (CBIC). Ajit is an IRS (Indian Revenue Service) officer of the batch 1984.
Key points:
i.Ajit served as member of CBIC and he will replace Pranab Kumar. Das as the chairman of CBIC.
ii.The order is signed by Rajeev Lochan undersecretary, and the duly of that appointed has been given to revenue secretary Ajay Bhushan Pandey.
iii.The appointment comes as a part of the closure of Sabka Vishwas scheme (last date on January15,2020).
About CBIC (Central Board of Indirect Taxes and Customs):
Headquarters– New Delhi
Founded– 1 January 1964
Parent Agency– Ministry of Finance 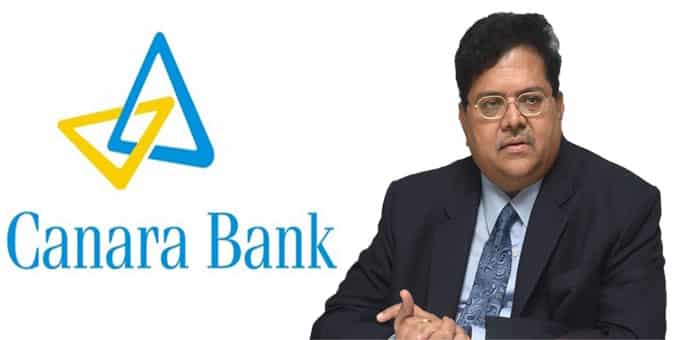 On January 31,2020 Public sector lender, Canara Bank announced that its Managing Director (M.D) and Chief Executive Officer (CEO) Sankara Narayanan (60) has retired, because Narayanan attains the age of “superannuation” (which means completing the age for retirement).

On January 31, 2020 Indian Air Force’s (IAF) successfully operated AN-32 aircraft powered with 10% blend of Indian bio-jet fuel. This is the 1st time both engines of the aircraft were powered by bio-jet indigenous fuel. Aircraft was took-off from Kushok Bakula Rimpochee Airport, Leh because it was considered to be one of world’s highest and most difficult operational airfield. Before undertaking operational flight to Leh, the flight was tested along with performance validation at Chandigarh Air Base.
Key Points:
i.The test was conducted by a team of pilots from the Aircraft and Systems Testing Establishment (ASTE), Bengaluru, Karnataka.
ii.The technology to produce this fuel was developed by Council of Scientific and Industrial Research- Indian Institute of Petroleum (CSIR-IIP) in Dehradun, Uttarakhand in 2013. The project was sponsored by IAF in 2018 for the fuel testing.
iii.Fuel production: Bio-jet fuel is produced from non-edible ‘Tree Borne Oils’. They are grown and procured from the tribal areas of Chhattisgarh.
About Indian Air Force(IAF):
Founded– 8 October 1932.
Headquarters- New Delhi.
Commander-in-Chief- President Ram Nath Kovind.
Air force day- October 8.
Chief of Air Staff(CoAS)- Rakesh Kumar Singh Bhadauria.

On January 31,2020 Maharashtra’s stalwart social activist, Marathi feminist writer and journalist vidya bal (83) passed away in pune, Maharashtra.
She was in ill from last one month and was in treatment.
About Vidya Bal:
i.Vidya bal was true fighter who was fought for gender equality of women with men during Maharashtra’s progressive environment.
ii.Bal had expressed ‘socialist feminism’ through her own established magazines such as STREE(women) and MILOON SARYAJANI (All of us together) in 1989. 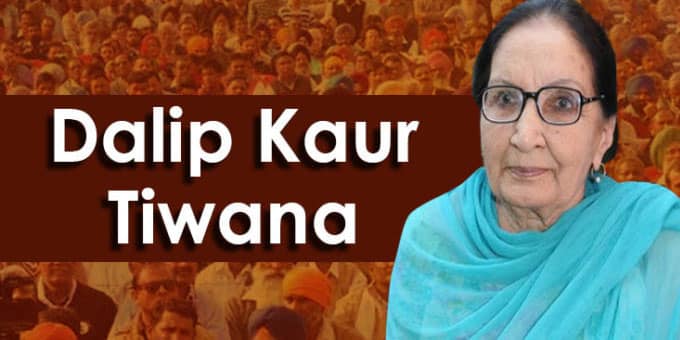 On January 31, 2020, Padma Shri awardee and renowned Punjabi novelist, Dalip Kaur Tiwana passed away at the age of 84 due to old age ailments. She was well known for novels ‘Teeli da Nishaan’ and ‘Sooraj te Samandar’. She was also a former president of the Punjabi Sahit Akademi.
Key Points:
i.Born in Ludhiana, Punjab on May 4, 1935, Dalip retired as Professor of Punjabi, and Dean, Faculty of Languages, from Punjabi University, Patiala, Punjab.
ii.Awards: She won Padma Shri in 2004 for literature and education. She also won several other prominent awards which includes Sahitya Akademi Award in 1971 for novel Eho hamara jivan, Saraswati Samman in 2001 for novel Katha Kaho Urvashi etc.
iii.Returning Padma shri award: Dalip also returned her Padma Shri award in 2015 to express solidarity with writers who were protesting against the suppression of freedom of expression and communalism.
iv.Due to her contribution on punjabi language, the university had provided her residence even after retirement as a ‘writer in residence’.

YSR Pension Kanuka doorstep pension scheme launched in AP; pensioner age reduced to 60 from 65
On February 01, 2020 the govt. of Andhra Pradesh (AP) has launched a doorstep pension delivery scheme named ‘YSR Pension Kanuka’. Under the scheme various welfare pensions will be delivered to the old age pensioners. The old age pensioners age has also been reduced from 65 to 60 years.
Key Points:
i.Pensions:  The disabled pensions (DP) will be Rs. 3000 per month whereas the pension amount for CKDU (Chronic kidney disease of unknown)/dialysis pensions will be Rs. 5,000-Rs. 10,000 per month.
ii.Pension delivery: The beneficiaries will be delivered with the pension services through volunteers equipped with smartphones.
iii.The number of beneficiaries will increase to 54.64 lakh by 2020 after the reduction of the age limit for pensioners. It is also to be noted that out of Rs. 15, 675.20 crores earmarked by govt for the programme, Rs.1320.14 crore has already been released.
About Andhra Pradesh(AP):
Governor- Biswabhusan Harichandan.
Chief minister- Yeduguri Sandinti Jaganmohan Reddy.
National Parks(NP)- Papikondalu NP, Sri Venkateswara NP