We are here for you to provide the important Current Affairs December 22 2018, which have unique updates of all daily events from all newspapers such as The Hindu, The Economic Times, PIB, Times of India, PTI, Indian Express, Business Standard and all Government official websites. 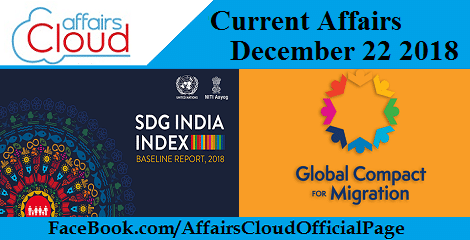 iii. These amendments were based on the recommendations of a government-appointed committee to review offences under the Companies Act, 2013 in order to promote Ease of Doing Business along with better corporate compliance.
Finance Ministry:
♦ Union Minister: Shri Arun Jaitley.
♦ Minister of State: Shri Shiv Pratap Shukla, Shri P. Radhakrishnan

Asiatic Lion Conservation Project’ launched by Government
On 20th December 2018, The Ministry of Environment, Forest and Climate Change, launched the ‘Asiatic Lion Conservation Project’ with an aim to protect and conserve the world’s last ranging free population of Asiatic Lion.
Key Points:
i. The total budget of the project for the next three years is about Rs 97.84 crore.
ii. It will help the conservation of Asiatic Lions with the help of state of the art techniques/instruments, regular scientific research studies, disease management, and modern surveillance/patrolling techniques.
iii. The project will be funded through, the Development of Wildlife Habitat, a centrally sponsored scheme (CSS-DWH), with the contributing ratio of 60:40 for central and state share.
iv. The 2015 census showed a population of 523 Asiatic Lions in the Gir Protected Area Network of 1648.79 sq. km in Gujarat.
v.  The Asiatic Lions are already included in the list of 21 critically endangered species for recovery programme and financial assistance under the species recovery component of CSS-DWH.
About Ministry of Environment, Forest and Climate Change:
♦ Minister: Harsh Vardhan
♦ Headquarters: New Delhi

MHA authorizes 10 central agencies to access any computer resource
On 20th December 2018, The Ministry of Home Affairs (MHA) issued an order which authorizes ten security and intelligence agencies of the country to access any computer in the country for the purpose of monitoring, decrypting and interception.
Key Points
i. Ten Intelligence agencies which have given authorization to access any computer resource are Intelligence Bureau, Narcotics Control Bureau, Enforcement Directorate, Central Board of Direct Taxes, Directorate of Revenue Intelligence, Central Bureau of Investigation, National Investigation Agency, Cabinet Secretariat (R&AW), Directorate of Signal Intelligence (For J&K, North-East and Assam) and Commissioner of Police, Delhi.
ii.  The Authorization are given under sub section (1) of section 69 of the Information Act, 2000.
iii. The order mandates the service provider or any person in charge of the computer resource to extend technical assistance to the agencies.
iv. The Non Compliance may result in seven year of imprisonment and fine.
Ministry of Home Affairs (MHA)
♦ Union Minister: Rajnath Singh
♦ Minister of State: Kiren Rijiju and Hansraj Ahir 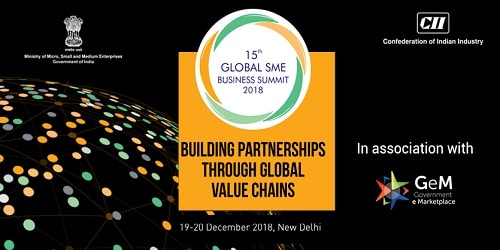 Key Points:
i. The project covers over 52,000 acres of land in Morni Hills and is aimed at developing a forest of medicinal plants which will provide a huge boost to the Ayurvedic industry across the country.
ii. Yoga guru Ramdev and Patanjali CEO Acharya Balkrishna were also present during the inaugural function.
iii. About 25 different varieties of plants found in the country will be housed in this forest. 50,000 plants each of 20 medicinal varieties are being sown in the first phase of the project.

UN General Assembly adopts global framework on International migration
On 10th December 2018, the United Nations General Assembly adopted the Global Compact for Safe, Orderly and Regular Migration, the first-ever negotiated global framework on a common approach to international migration in all its dimensions, in Marrakesh, Morocco. 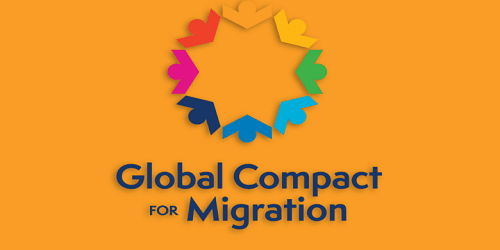 Key Points:
i. The compact was adopted by the General Assembly with 152 votes in favour, 12 abstentions, and five votes against, namely by the Czech Republic, Hungary, Israel, Poland, and the United States of America.
ii. The compact is aimed to address issues that concern the world’s 258 million people on the move and countries of origin, transit and destination.
iii. The Compact is the outcome of a long negotiation process and provides a strong platform for cooperation on migration, drawing on best practice and international law though it is non-legally binding.
iv. The compact was signed about a week before the UN celebrated International Migrants Day on 18th December 2018 with the theme Migration with Dignity.
About United Nations:
♦ Secretary General: António Guterres
♦ Headquarters: New York, United States

Efficiency gap in India’s power sector costs 4% of GDP: World Bank Report
According to a newly released report by Fan Zhang, Senior Economist, South Asia Region, World Bank.- “In the Dark: How Much Do Power Sector Distortions Cost South Asia,” India’s power sector has an “efficiency” gap that costs the Indian economy 4.13% of GDP a year, equivalent to $86 billion in fiscal year 2016.
Key Points:
i. The fiscal cost, consisting of subsidies to distribution utilities was $ 8.8 billion (or 0.42 per cent of GDP) in financial year 2015-2016.
ii. In India, about 178 million people still lacked access to power in 2017.
iii. Connecting all of India’s population to reliable electricity would increase the income of rural households by $9.4 billion a year, while eliminating power shortages would prevent an estimated $22.7 billion a year in business losses.
iv. Though India has world’s fourth-largest coal reserves, it fell 14% short of meeting coal demand in fiscal year 2016.
Recommendations according to the report:
i. Restoration of market pricing and improving efficiency in the power sector to complement traditional investments thus increasing power supply and expanding access to reliable electricity.
ii. Avoiding a narrow focus on liberalizing the price of energy, because in the absence of other reforms, inefficiencies in the system would lead to an excessively high cost of electricity, causing distress for the poor and vulnerable.
iii. Focusing on prioritizing efficient coal allocation and delivery, promoting competition in coal and electricity supply, rationalizing energy prices to reflect cost of supply.
iv. Using incentives to promote more efficient power generation and delivery, and targeting social assistance to help people cope with higher energy prices.
About World Bank:
♦ President: Jim Yong Kim
♦ CEO: Kristalina Georgieva
♦ Headquarters: Washington, D.C., United States

40 Workers Selected for Prime Minister Shram Awards for the Year 2017
On 20th December 2018, 40 workers employed in the Departmental Undertakings & Public Sector Undertakings of the Central and State Governments and Private Sector Units employing 500 or more workers,  were selected by the Government of India for the Prime Minister’s Shram Awards 2017.
Key Points:
i. The Prime Minister’s Shram Awards are given in recognition of the workers’ distinguished performances, innovative abilities, outstanding contribution in the field of productivity and exhibition of exceptional courage and presence of mind.
ii. The awards are given every year in 4 categories namely- Shram Ratna Award, Shram Bhushan Award,  Shram Vir/Shram Veerangana and Shram Shree/Shram Devi Awards.
iii. This year none of the workers were conferred the prestigious Shram Ratna Award.
iv. Three workers including one female were chosen for this year’s Shram Bhushan Awards which carries a cash award of Rs. 1,00,000/- and a ‘Sanad’.
v. Twelve awardees were selected for Shram Vir/Shram Veerangana Awards carrying a cash award of Rs. 60,000/- and a ‘Sanad’.
vi. Total number of Shram Shree/Shram Devi Awardees was twenty five including two female. The award carries a cash award of Rs. 40,000/- and a ‘Sanad’. 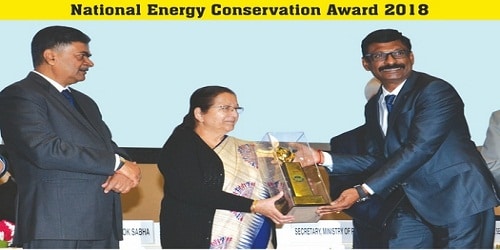 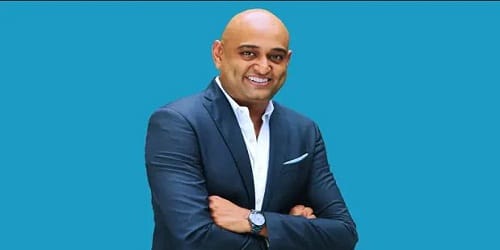 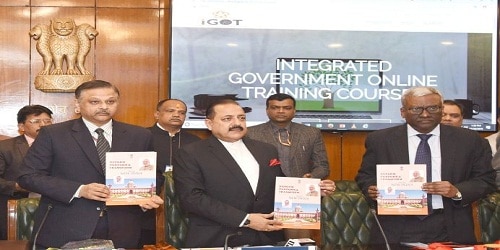 About iGOT:
i. It was developed by Department of Personnel and Training, Ministry of Personnel, Public Grievances & Pensions.
ii. This initiative aims at “Competent Civil Services for Good Governance”.
iii. This online programme is a part of overall ‘Digital India’ flagship programme of the Government.
iv.  This would enhance the training mechanism with online module-based training coupled with certification.
v. Additionally, a Hybrid Course on Administrative Laws developed by DoPT and National Law School of India University (NLSIU), Bengaluru was also launched.
Other News:
i. He also launched RTI Portal on Judgments/Orders of Supreme Court, High Courts and CIC.
ii. It has been developed by Institute of Secretariat Training and Management (ISTM), New Delhi.
iii. This will provide a learning environment where a repository on the landmark cases on the RTI will be available at one place.
iv. It will also have the gist of the replies given by Central Public Information Officers (CPIOs), First Appellate Authorities as well as the Supreme Court.
Department of Administrative Reforms and Public Grievances (DARPG):
♦ Minister of State (I/C): Dr. Jitendra Singh.
♦ Secretary: Shri K.V. Eapen.

CDSCO issues safety guidelines for distribution of acne drug Isotretinoin
On December 20, 2018, the Central Drugs Standard Control Organisation (CDSCO) re-issued safety guidelines regarding the use of the oral drug,Isotretinoin.
i. This drug that is used to treat severe nodular acne in women may cause severe birth defects which is why CDSCO warned all the State and Union Territories ’ drugs controllers.
ii. According to the guidelines,

iii. Additionally, Drug Controller General Dr. S. Eswara Reddy directed all the drug controllers of the state and UTs to monitor the distribution of the drug.
iv.  The directions were based on recommendations of the Subject Expert Committee (SEC) for Dermatology and Allergy, CDSCO