We are here for you to provide the important Current Affairs April 2 2019, which have unique updates of all daily events from all newspapers such as The Hindu, The Economic Times, PIB, Times of India, PTI, Indian Express, Business Standard and all Government official websites. 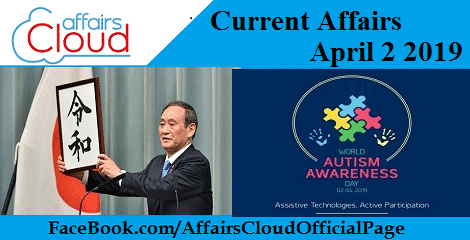 COMCASA: First secure link between India, US navies set up
India and the US have structured the first reliable communication link between the Indian Navy & US Central as well as Pacific Naval Commands under the COMCASA pact at New Delhi,India.
i. The Indo-US military-information sharing pact, COMCASA was signed at the 2+2 bilateral summit on 6th September, 2018.
ii. By implementing the path-breaking agreement, COMCASA the US has initiated the Selective Availability Anti-Spoofing Module GPS System in some of C-130 and C-17 transport aircraft.
iii. US has given assurance of not disclosing India’s data with another country and without prior permission US couldn’t access it.
Result of the COMCASA (Communications, Compatibility and Security Agreement) pact:
i. India will gain access to the US Naval intelligence other than just regulating joint operations in the future.
ii. It will further aid the militaries to work in a conducive and ‘interoperable’ environment, without which previously India had to rely on less secure systems.
iii. Pact will Help in building an “interoperable” enviroment for militaries of both nations.
What is COMCASA?
It is one of the three foundational defence pacts required to be signed by a country willing to acquire high-tech military hardware from the US.
The other 2 pacts are- a) LEMOA (Logistics Exchange Memorandum of Agreement), b) BECA (Basic Exchange and Cooperation Agreement)

Govt has constituted a panel to review a ban imposed on Jamaat-e-Islami & JKLF
The Ministry of Home Affairs has constituted Unlawful Activities (Prevention) Tribunal, to determine the sufficient cause to ban Jamaat-e-Islami, and Jammu and Kashmir Liberation Front (JKLF) faction.  It will be headed by Justice Chander Shekhar of the Delhi High Court.
i. The tribunal has been formed by Government after exercising its powers conferred by the sub-section (1) of section 5 of the Unlawful Activities (Prevention) Act, 1967.
ii. In last two months, Jel and JKLF were declared as unlawful associations by Centre. These are active in Jammu & Kashmir.
iii. The JKLF is led by Yasin Malik while JeI is led by Jalaluddin Umri.

AUSINDEX 19: Largest Australian defence joint task force to visit India for military exercise
The Third edition of India-Australia bilateral exercise, AUSINDEX 19 will be held from 2nd April to 16th April 2019 at Vishakhapatnam. The bilateral exercise will deepen defence and strategic relationship between the two countries.
Key Points
i. The Focus of the exercise will be on anti-Submarine warfare.
ii. More than 1000 Australian defence personnel from Navy, Army and Air Force will visit India making this the largest defence force deployment of Australia in India.
iii. Australian Navy ships HMAS Success and HMAS Parramatta arrived in Chennai on 28th March and these ships will participate in military exercise with Indian Navy in Vishakhapatnam.
About Australia
Capital: Canberra
Prime Minister: Scott Morrison
Currency: Australian Dollar 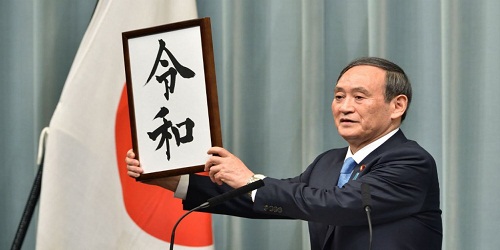 Key Points
i. The term for the new era consists two characters Rei and Wa. Rei means “commands” or “order” and Wa means “auspicious” or “good”.
ii. The names change occurs when a new emperor takes the throne.
Related Points:

BNP Paribas Cardif sold 5 crore shares in SBI Life Insurance for 2,889 crore
The foreign partner of SBI Life Insurance, BNP Paribas Cardif has sold 5 crore shares of the company for Rs 2,889 crore to increase its public shareholding to 25% of its paid-up equity share capital on or before October 2, 2020. This sale has not undertaken as per the methods prescribed by SEBI for achieving the minimum public shareholding (MPS) Threshold.
i. The average price of equity share during the sale was Rs 577.93 per equity share.
ii. On the other hand, Canada Pension Plan Investment Board has bought 2 crore shares at an average price of Rs 577.50 per shares.
iii. Both transactions were carried out as bulk deal from one investor to another. 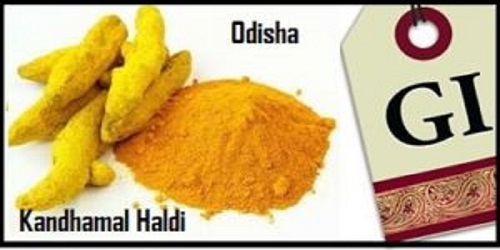 i. In 2018, Kandhamal Apex Spices Asso ciation for Marketing (KASAM) in Phulbani, had applied for registration of the Kandhamal turmeric. It was accepted under sub-section (1) of Section 13 of the Geographical Indications of Goods (Registration and Protection) Act, 1999.
Related Points:
Intellectual Property India is an organization functioning under the aegis of the Union ministry of commerce & industry.

Google India Head Rajan Anandan resigns
Vice president for Google India and South East Asia, Rajan Anandan is quitting from the company after an 8 year stint. He was responsible for driving growth at Google India. He will stay until the end of this month.
Key points
i. He will join Silicon Valley’s marquee venture fund Sequoia Capital,where he will serve as an investment advisor and mentor to Surge founders.
ii. In 2018, he was conferred with “IMPACT Person of the Year award in 2018” for starting initiatives like everal initiatives including “Navlekha” and “Internet Saathi”.
iii. Vikas Agnihotri, who is currently Google’s country director for sales, will take on the interim responsibility until the company finds a new managing director.
Related Point:
Surge is a scale-up programme for startups in India and South East Asia. Tamil Director, J Mahendran passed away at the age of 79
On 2nd April 2019, Famous Tamil Director, Screenwriter and actor, J. Mahendran passed away following a brief hospitalization at the age of 79.
i. Mahendran was born on 25th July 1939 in Ilaiyangudi, Madurai. His memorable work includes Mullum Malarum, Johnny and Nenjathai Killadhey.
ii.His movie Mullum Malarum (1978) was conferred with Filmfare Award for Best Film. 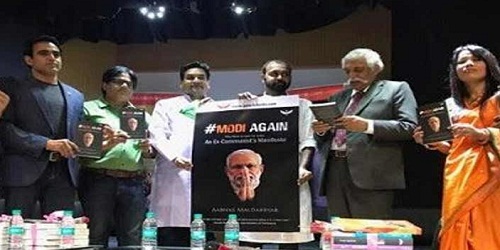 i. “#Modi Again: Why Modi is right for India, An Ex-Communist’s Manifesto” authored by Aabhas Maldahiyar, states the reasons about how Narendra Modi is right for India.
ii. “Saffron Swords: Centuries of Indic Resistance to Invaders” written by Manoshi Sinha Rawal is a book on 52 unsung warriors of India from last 1300 years.
Related Points:
♦ Garuda CEO-Sankrant Sanu 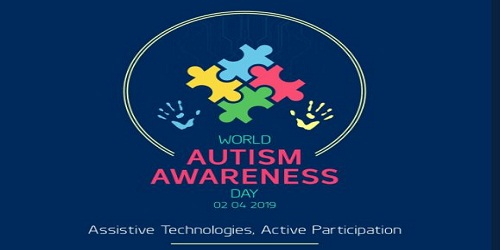 i. The day was first observed in 2008.
ii. Autism is a variable developmental disorder that appears by age three and is characterized by lack of the ability to communicate with others and to form normal social relationships.

Senior Tripura BJP leader Dilip Sarkar passed away
Dilip Sarkar, Senior Tripura Bhartiya Janta Party leader and five-time MLA,from Badharghat in Agartala passed away on 1st April, 2019, at a private hospital in Delhi after prolonged acute liver illness. He was 61.He hailed from Tripura.
Dilip Sarkar was a former state PWD Minister in the Congress-Tripura Upajati Juba Samity (TUJS) alliance government between 1988 and 1993.

Eminent dramatist and theatre organiser Kartik Chandra Rath passed away at the age of 70 in Odisha
Kartik Chandra Rath,a veteran dramatist, theatre organiser and Economics teacher passed away at the age of 70 in Cuttack, Odisha due to heart attack.
i. He was born in 1949 in Odisha .From his childhood he acted in Odia dramas and he also wrote plays.
ii. In 1963, he wrote the first play titled ‘Ei Desha, Ei Maati’. In order to popularise Odia theatre in the country, he formed Utkal Yuva Sanskrutika Sangh in Cuttack.
List of awards Kartik Chandra Rath received:
♦ Kendriya Sangeet Natak Akademi Award,
♦ Odisha Sangeet Natak Akademi Award and
♦ Odisha Sahitya Akademi Award
Popular Play:
♦ ‘Mansara Phula’ which fetched him 17 awards in 1978.
♦ ‘Jibana Yajna’ won the best play award at the All India Drama Competition.