In April 2021, the Indian business association for businesses in Singapore, the Singapore Indian Chamber of Commerce and Industry (SICCI) collaborated with Start-up Incubation and Innovation Centre (SIIC) of IIT-Kanpur to mutually promote Technology based Startups. On 23rd April 2021, the Ministry of Housing & Urban Affairs (MoHUA) signed a Memorandum of Understanding (MoU) with IIT Kharagpur to set-up an Accelerator Centre for Research & Development in the institute.
i.The centre will act as an incubation hub for creation & development of technological products.
ii.The Accelerator Centre will act similar to Central govt’s “ASHA-India initiative”.
About Ministry of Housing & Urban Affairs (MoHUA):
Minister of State (I/C) – Hardeep Singh Puri (Rajya Sabha MP, Constituency – Uttar Pradesh)
About IIT Kharagpur:
1st IIT to be established and is recognised as an Institute of National Importance.
Established – 1951
>>Read Full News

The Indian Green Building Council(IGBC) part of the Confederation of Indian Industry (CII) launched the “IGBC Mission on Net Zero” on the occasion of World Earth Day (22nd April 2021).

Objective – The Mission was launched with an objective to abolish the carbon Emission in India. 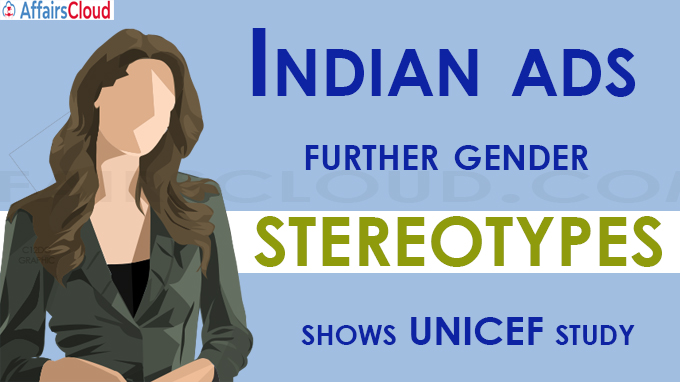 United Nations Children’s Fund (UNICEF) and The Geena Davis Institute (GDI) on Gender in Media jointly released a study titled “Gender Bias & Inclusion in Advertising in India”. The study assesses the role of advertising media in reinforcing and challenging gender roles that impact the lives of women in India.

Highlight of the report:
i.The reports highlighted that the women in Indian ads are prominent but still they are highly stereotyped and they are featured less in public spaces and paid employment.
ii.In Indian advertisements, women dominate screen time and speaking time by 59.7% and 56.3% respectively.
iii.Around 77.8% of ads that were examined passed the See Jane Test which measures if there is at least one prominent female character who is not portrayed as a stereotype.
Click here for the full report: Gender Bias & Inclusion in Advertising in India
Recommendations:
i.Avoid beauty standards of women being fair and thin and promote a diverse beauty template.
ii.Increase the representation of women across age, social class, skin tone and other indicators.
iii.Feature women as leaders in public space.
iv.Promote gender equality and positive gender standards around body and attitude towards healthy eating.

Chief of the Air Staff (CAS) of Indian Air Force(IAF), Rakesh Kumar Singh (RKS) Bhadauria visited France for 5 days from April 19 to 23, 2021 upon the invitation from Gen Philippe Lavigne, Chief of Staff of France. During his visit he flagged off four Rafale aircraft for India.
Objective- To strengthen the cooperation between the Air Force of India & France.
R.K.S. Bhadauria Flagged off Rafale aircraft:
i.During his visit to France, he flagged off the four Rafale fighter jets for India from a Merignac airbase in France.
ii.These jets once inducted into service will complete the first Rafale squadron No. 17 Golden Arrows based at Ambala.
iii.The next(2nd) squadron will be based in Hasimara air base in West Bengal.
Note – So far, 14 Jets (Excluding this 4 jets) have been inducted into the IAF as 1st Squadron.
About Rafale Jets:
i.Rafale jets manufactured by French aerospace major Dassault Aviation, are India’s first major acquisition of fighter planes in 23 years.
ii.In September, 2016 India and France signed an inter-governmental agreement with France to procure 36 aircraft at a cost of INR 59, 000 crores. India with Financial Assistance of Nepalese Rupee(NRs) 98.37 Million(~Rs.6.17 Crore) has build infrastructures of Three Educational Institutions in Palpa of Nepal.
The 3 educational institutes are, On April 23, 2021, due to the prevalence of the COVID-19, The Reserve Bank of India (RBI) has informed the continuation of the existing interim Ways and Means Advances (WMA) limit of Rs 51,560 crore for all states and Union Territories(UTs) for 6 months i.e. up to September 30, 2021.
Key Points:

What are WMAs?
WMAs are temporary advances given by the RBI to the government to tide over any mismatch in receipts and payments.
About Reserve Bank of India (RBI): On April 23, 2021, The Reserve Bank of India (RBI) has restricted American Express Banking Corp and Diners Club International Ltd, the payment system operators from on-boarding new domestic customers onto their card networks from May 1, 2021, due to the non-compliance with the directions on Storage of Payment System Data. The Pension Funds Regulatory and Development Authority (PFRDA) is planning to raise the maximum age of entry into the National Pension System (NPS) to 70 years from 65 and plans to allow those who join after the age of 60 to continue their NPS accounts till 75 years (Present age limit is 70).
It is expected that PFRDA may add around 10 million new subscribers in FY22 for NPS and Atal Pension Yojana (APY) combined( Added 8.3 million in FY21) and it plans to increase the limit for full withdrawal of the pension amount by Rs 5 lakh(Present limit Rs 2 lakh or less) 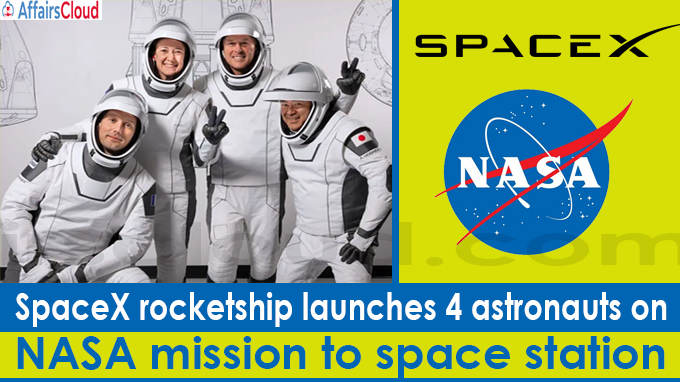 A SpO2(Blood Oxygen Saturation) based supplemental oxygen delivery system for soldiers serving in extremely high altitude areas & COVID-19 patients has been developed by Defence Bio-Engineering and ElectroMedical Laboratory (DEBEL) located in Bengaluru. It operates under Defence Research and Development Organisation(DRDO).

Kosovar Biologist Halil Ibrahimi has discovered a new insect species named ‘Potamophylax coronavirus’ in Accursed Mountains (Kosovo’s Western Bjeshket e Nemuna National Park).The insect was named after Coronavirus(Covid-19)
i.The newly found species of Caddisfly is different from those found in the Balkans & it is endemic to the National Park.
ii.The new species is considerably smaller and lives in open and high-altitude zones, that is, 2,000 metres above the sea level.

Noted Indian writer Amitav Ghosh has authored a new book titled “The Living Mountain: A Fable for Our Times”. This book was written during the course of the pandemic.It will be Published by Harper Collins India.
About the Book:
i.The Book is written in the Structure of a fable about Mahaparbat,the living mountain.
ii.It is a cautionary tale of how humans have systematically exploited nature leading to an environment collapse.
iii.The book will also be published simultaneously in Hindi and as an ebook and an audio book.
About Amitav Ghosh:
i.Amitav Ghosh is one of the most prominent contemporary writers who is famous for connecting the past with the present in relevant ways in his novels.
ii.He is a recipient of the Padma Shri,Jnanpith and Sahitya Akademi awards.
iii.Shadow lines,The Glass Place,The Hunger Tide,River of Smoke,Flood of Fire are some of the greatest novels of Amitav Ghosh. i.World Immunization Week is observed annually across the globe in the last week of April to promote the use of vaccines to protect people against diseases.
ii.The World Immunisation Week 2021 is observed from 24th April to 30th April 2021.
iii.The theme of World Immunization Week 2021 is  “Vaccines bring us closer”.
iv.The theme aims to promote the importance of the vaccine in bringing people together and in improving the health of everyone.
>>Read Full News

International Day for Multilateralism and Diplomacy for Peace 2021 – April 24 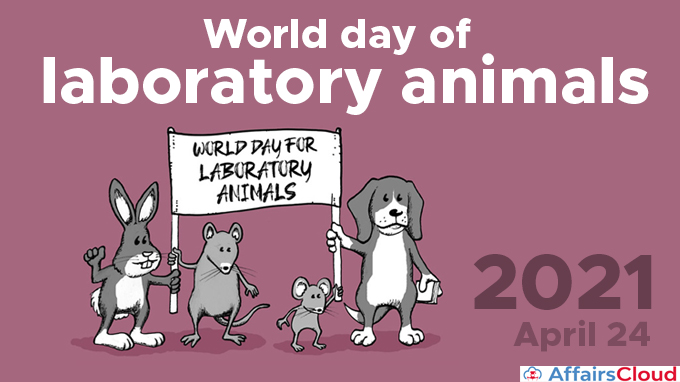 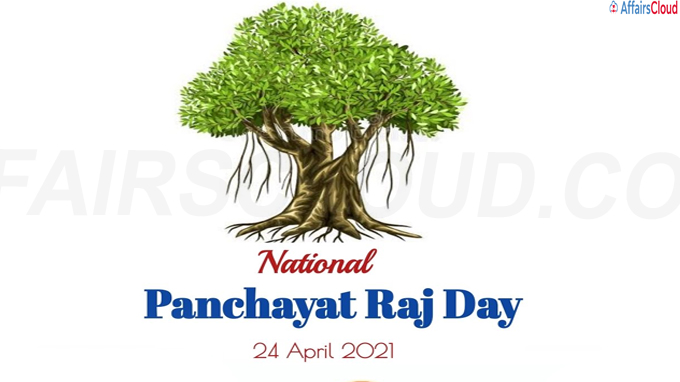 Andhra Pradesh(AP) Chief Minister(CM) Y S Jagan Mohan Reddy released the first instalment of fee reimbursement worth Rs 671.45 crore under the Jagananna Vidya Deevena Scheme. The fee reimbursement was directly transferred into the bank accounts of the mothers of the beneficiaries.

Note:
The reimbursement was previously credited into the accounts of the owner of the colleges.
Jagananna Vidya Deevena Scheme:
Highlights:
i.Under the Jagananna Vidya Deevena Scheme, a total of Rs 4879 core was spent to benefit around 10.88 lakh students.
ii.A total of Rs 4208 crore has been released for the fee reimbursement for the year 2019-2020 and the Rs 1880 core dues of 2018-2019 were cleared.
iii.The toll-free number 1902 has been enabled for the beneficiaries to resolve any issues in availing the benefits under the scheme. 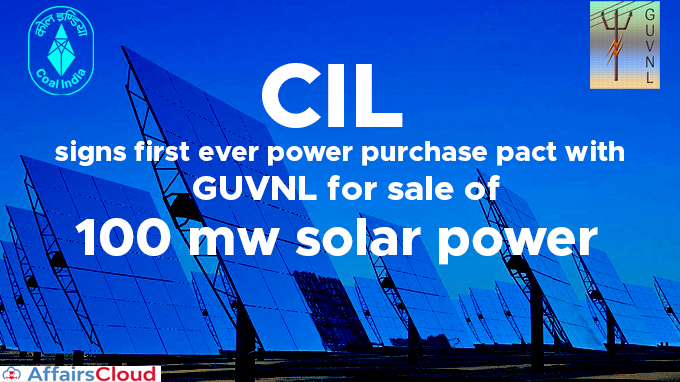 About CIL’s Initiatives under Solar Power: