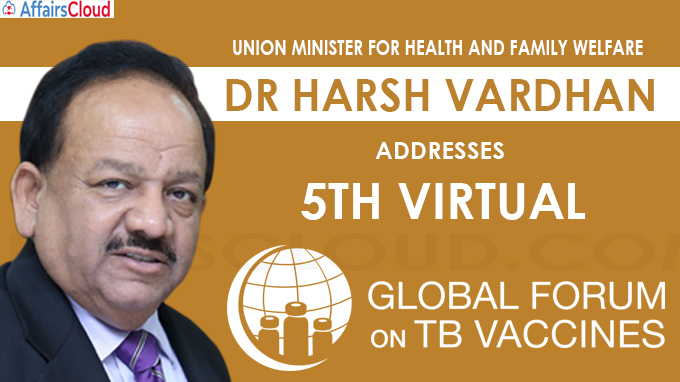 Note:
Harsh Vardhan is the Chairman of Stop TB Partnership Board.
6th Global Forum on TB Vaccine:
The 6th Global Forum on TB Vaccines will be convened in Toulouse, France from 22 – 24 February 2022.
Target:
Union Minister Harsh Vardhan called upon the global community to ensure fundings to develop the TB vaccine by 2023 and to eradicate TB in India by 2025 and globally before 2030.
India’s effort to end TB by 2025:
i.Lakshadweep became the 1st TB Free Union Territory in India.
ii.Budgam district of Jammu and Kashmir(J&K) 1st TB Free District of India.
iii.“TBMukt Bharat” campaign launched by Indian Govt. to eradicate TB in India.
iv.India TB Research Consortium of Indian Council for Medical Research(ICMR) is taking efforts to develop a new drug, diagnostics, vaccines and therapeutics and joined hands with BRICS TB Research Network for multi-country collaboration.
Impacts of Tuberculosis:
Tuberculosis (TB) is one of the critical health challenges of India which has a huge impact on the health, social and financial condition of the patients and communities.
It is estimated that there are around 2.64 million TB patients in India.
About Global Forum on TB Vaccines:
Co-Chairs– David Lewinsohn; Mark Feinberg; Nick Drager
About Stop TB Partnership:
Executive Director-DrLucicaDitiu
Founded in 2001
Headquarters– Geneva, Switzerland ITCN programme launched by NIUA in partnership with BvLF

NIA organized BRICS seminar on Misuse of the Internet by terrorists

India hosted the two-day virtual event of BRICS countries on “Misuse of Internet for Terrorist Purposes and Role of Digital Forensics in Terrorist Investigations”, which was organised by the National Investigation Agency (NIA).

Arvind Kejriwal, Chief Minister of Delhi will be representing Delhi and India at the World Cities Cultural Forum (WCCF) 2021. The Forum comprises 40 world cities including London, Tokyo and New York.The WCCF 2021 Forum was hosted by London. 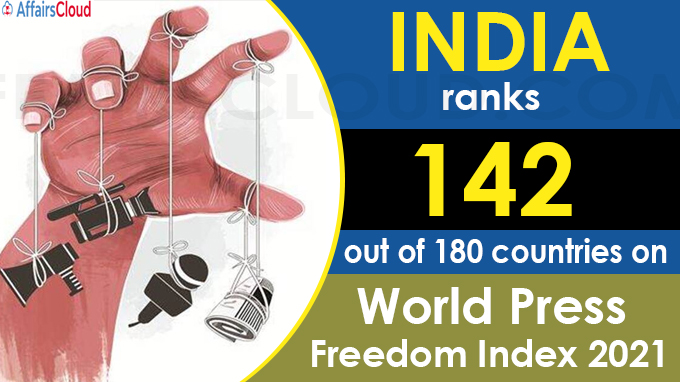 India with a score of 46.56 retained 142nd Rank (out of 180 countries) in the World Press Freedom Index 2021 released by international journalism not-for-profit body, Reporters Sans Frontiers (RSF) (also known as Reporters Without Borders). 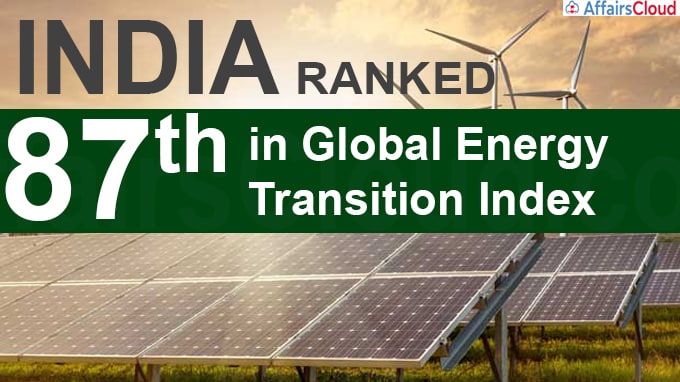 India with a score of 53 has been ranked 87th (out of 115 countries) in the Global Energy Transition Index (ETI) 2021 released by World Economic Forum (WEF) in its report ‘Fostering Effective Energy Transition 2021’ edition. The index was topped by Sweden, Norway & Denmark. Amrita Vishwa Vidyapeetham, Tamil Nadu became the only Indian University to make it to the list of World’s Top 100 Educational Institutions for sustainability. It was ranked 81st (overall ranking) in the 3rd edition of Times Higher Education (THE) Impact Rankings 2021. 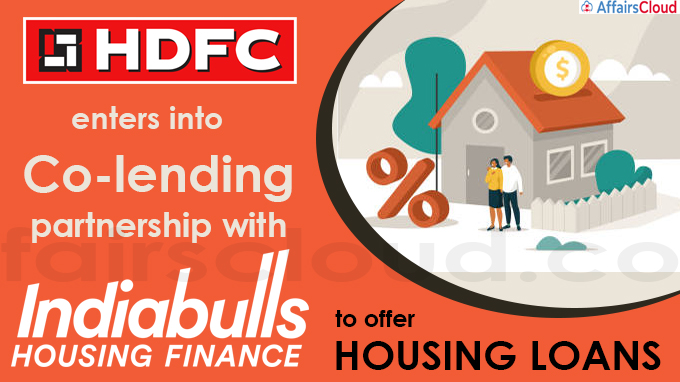 About RBI’s Framework over Co-lending:

FirstRand Bank , the second largest bank in South Africa has decided to withdraw its banking services from India just within a week of Citi banks exit.The Asset value is $118 billion.
Highlights:
i.FirstRand had started its banking service in India in late 2009 but it started lending to individual customers and small and medium enterprises only in 2012.
ii.The bank has its only office in Mumbai and acts as a branch of FirstRand Bank South Africa.
iii.As per its annual report(2019-20),there were Rs.318 crore deposits in the bank and its advances stood at Rs.420 crore at the end of March 2020.
Note:
The Bank decided to exit India because of the increasing non performing assets in India and its failure to expand further and add more branches.
About FirstRand Bank:
Chief Executive Officer: Alan Patrick Pullinger
Headquarters: Johannesburg,SouthAfrica

Indian Overseas Bank (IOB) appointed Ernst & Young Global Limited, a multinational professional services network as its digital consultant. This partnership is a part of IOB’s growth strategy to transform its banking services into Digital format.
Aim:
To increase IOB’s digital share in the market and to attract millennial customers.
Benefits of Digital consultant:
The Digital consultant will support IOB to focus on utilizing and adopting the new technologies and enhance its service quality and delivery to its customers.
This initiative will also help the bank to speedup digitalization in all the areas of banking like assets and liability products and services.
About Indian Overseas Bank (IOB):
MD & CEO– Partha Pratim Sengupta
Founded on – 10th February 1937
Headquarters– Chennai, Tamil Nadu
Tagline– Good people to grow with 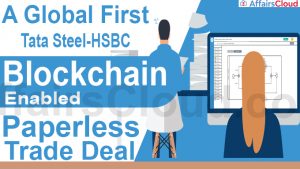 Care Ratings has reduced India’s Gross Domestic Product (GDP) growth forecast for FY22 to 10.2 per cent from its earlier projection of 10.7-10.9 per cent. In the last 30 days, this is the third revision by the rating agency due to the surge in COVID-19 cased and local restrictions (Especially Maharashtra).
Growth Predictions of Care Ratings:

South Korea’s LG Electronics has announced that it is closing down its mobile phone business unit worldwide after nearly six years of losses totalling $4.5 billion. The decision was approved by its board of directors on 5 April 2021. India’s Comptroller and Auditor General (CAG) Girish Chandra Murmu has been appointed as External Auditor of the Organisation for the Prohibition of Chemical Weapons (OPCW) for a three-year term starting 2021.

Organisation for the Prohibition of Chemical Weapons (OPCW) 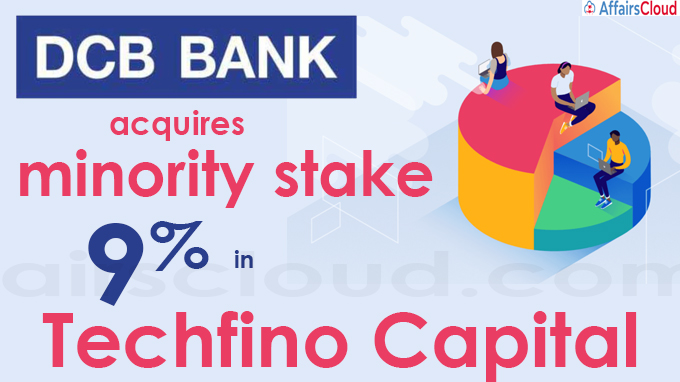 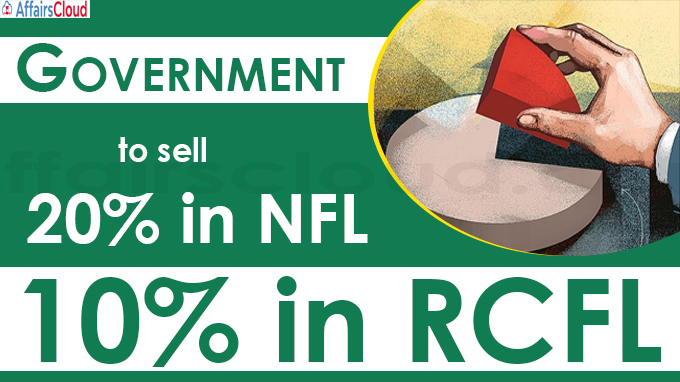 The Government is set to divest 20% stake (paid-up equity capital) in National Fertilizers Limited (NFL) and 10% of its holding in Rashtriya Chemicals & Fertilizers (RCFL) through the Offer For Sale (OFS) route.

A student of the Canary Islands’ Instituto de Astrofisica de Canarias discovered a new ‘Super Earth‘ orbiting GJ 740, red dwarf star.The Super Earth is located at 36 light-years from Earth.Super Earth takes 2 days, 9 hours, and 30 minutes to round around its star. (Where as, Earth takes 365.24 days)
Super-Earth: It is a class of planets that are twice the size of Earth yet lighter than Neptune and Uranus; can be made of gas, rock, or a combination of both.
Red dwarfs Stars: They are the common type of star in the Milky Way (due to low luminosity they are not visible to the naked eye). Thus 20 out of the 30 stars near Earth are red dwarfs. Proxima Centauri (closest star to the sun), is a red dwarf. Its atmosphere would lead to life under the right conditions. 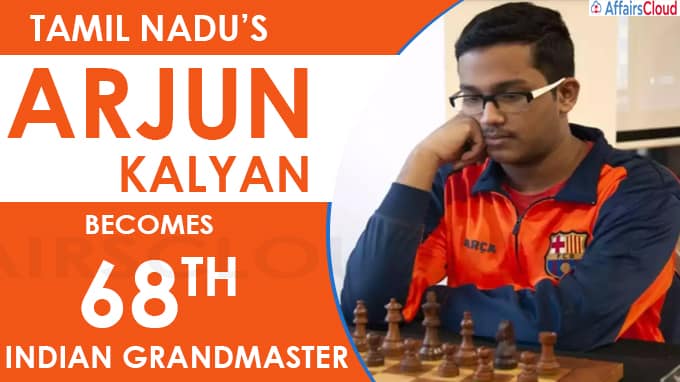 18-year old Arjun Kalyan from TamilNadu(TN) became India’s 68th Chess GrandMaster(GM) after winning against Dragan Kosic of Montenegro in the 5th round of the ongoing GM Round Robin “Rujna Zora-3” in Serbia.
Key Points:
i.In order to qualify for the title of GM,a player must achieve 3 GrandMaster norms in events covering a minimum of 27 games and an ELO(Electric Light Orchestra) rating of at least 2500 at any point in their career.
ii.Arjun Kalyan already had 4 GM norms under his belt but his ELO was 2477.After playing a steady chess in the three closed round robin event he crossed the 2500 mark to become India’s 68th GM.
About International Chess Federation(FIDE):
President: Arkady Dvorkovich
Headquarters: Lausanne,Switzerland.
>>Read Full News Haryana & Delhi is set to host the 4th edition of the Khelo India Youth Games 2021, which will be held from 21st November 2021 to 5th December 2021.It will be held in Panchkula, Ambala, Shahabad, Chandigarh cities of Haryana & in Delhi.

Organiser:
The games will be organised by Haryana Government and Sports Authority of India (SAI) under the Ministry of Youth Affairs and Sports, Government of India.
4th Khelo India Youth Games:
i.Around 25 types of sports, including 5 traditional sports like Gatka, Kalaripayattu, Thang-ta, Mallakhamba and Yogasana for the under-18 category will be organised at the 4th Khelo India Youth Games.
ii.Some of the (Brazil, Russia, India, China and South Africa – BRICS) BRICS Games 2021 will also be organised during Khelo India Games.
iii.Around 8500 players across India and other countries will be participating in the games.
iv.A Sports Expo will also be organised during the Khelo India games 2021. On 21st April 2021,eminent Bengali poet and Padma Bhushan awardee Shankha Ghosh passed away in Kolkata,West Bengal.He was 89.He was born on February 6,1932 at Chandpur in present day Bangladesh.
About Shankha Ghosh:
i.He was well known for his books “Adim Lata-Gulmomay” and “Murkha Baro Samajik Nay” considering his authority on Rabindranath Tagore.
ii.Awards  :- 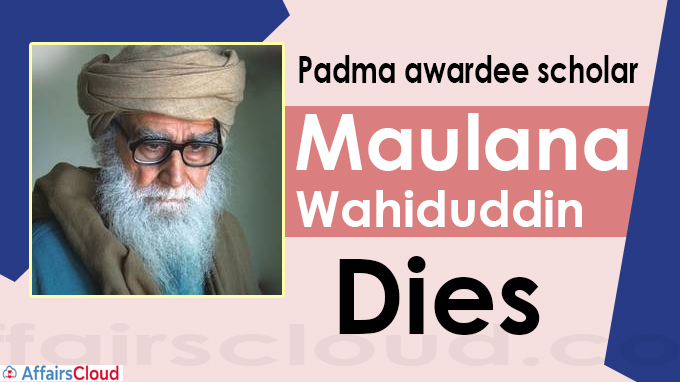 Suhas Kulkarni, India’s renowned former international table tennis(TT) player(Paddler) passed away at the age of 68 near Thane, Maharashtra. He passed away due to COVID-19 complications. i.The United Nations(UN)’s International Mother Earth Day has been observed annually across the globe on 22nd April since 2009. The day aims to create awareness about the deteriorating environment,to protect the people’s livelihood and to stop the biodiversity decline.
ii.The theme of the Earth Day 2021 is “Restore Our Earth”.
iii.The day has been observed as the Earth Day since 1970 by the EARTHDAY.ORG in more than 190 countries.The 22nd April 2021 marks the celebration of the 51st Earth Day.
iv.Earth Day was officially renamed to International Mother Earth Day in 2009.
>>Read Full News 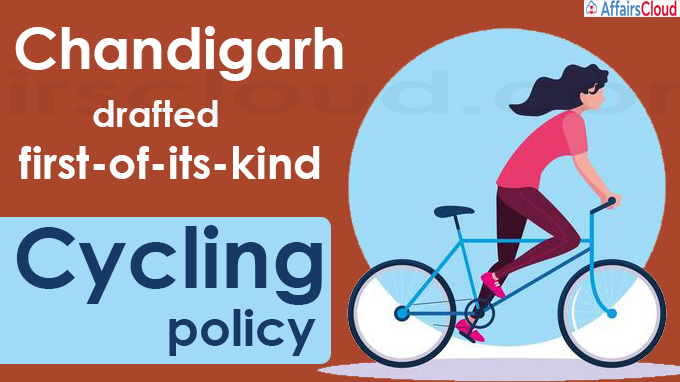 Chandigarh has released a first of its kind draft cycling policy, this is the first time for a city to draft a cycling policy in India. The draft recognises cycling as one of the environment friendly and quickest modes of transport in urban areas.
The policy was drafted by the Chandigarh Smart City Limited.
Highlights of the Draft:
i.To enhance the safety of the cyclists by creating safe refuge points for women and persons with disabilities through 24×7 CCTV surveillance.
ii.The draft also highlights the need to identify and remove the social and physical barriers that prevent the individuals to adopt cycling.
iii.The draft also Includes the need to have provisions of cycle tracks which can be integrated with other public transports.
Key Factors: