The proposed CRMM will facilitate in creating a secure environment for private institutional investment in solar assets. It will help to diversify and pool risks on mutualized public resources and unlock significant investments.

The study was entrusted by the Interim Secretariat of International Solar Alliance to a task force comprising Terrawatt Initiative (TWI), the World Bank Group, Confederation of Indian Industries (CII), the Currency Exchange Fund (TCX) and the Council on Energy, Environment and Water (CEEW). 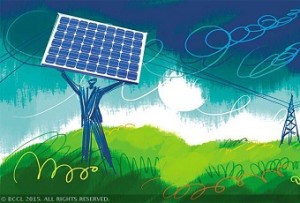 The International Solar Alliance is an alliance of countries which are located completely or partly between Tropic of Cancer and Tropic of Capricorn.