Commerce and Industry Minister Nirmala Sitharaman said the adoption of these 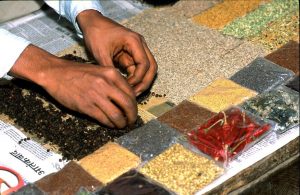 standards will imply that there will be now reference points and benchmarks for the 188 CAC member-countries for trade of these spices.

About Codex Alimentarius Commission (CAC) and its Relevance:

India’s Role in Setting up Codex Committee of CAC:

It was in 2013 that the need for Codex standards for spices and herbs became a matter of concern, owing to the increased level of issues in spice trade.