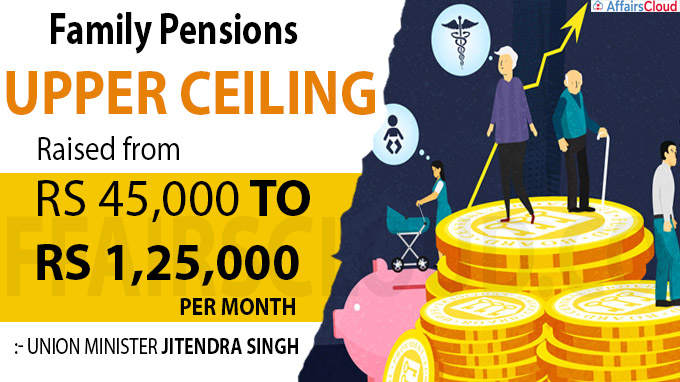 Dr Jitendra Singh, Minister of State for Ministry of Personnel, Public Grievances & Pensions stated that the upper Ceiling for 2 Family Pensions has been increased to INR 1, 25, 000 per month from INR 45, 000 per month.

i.The clarification was provided by the Department of Pension & Pensioners’ Welfare (DoPPW).

ii.Previously, the restrictions on the total amount of two family pensions in such cases were INR 45, 000 per month & INR 27, 000 per month determined based on the Highest pay of INR 90, 000 as per 6th CPC recommendations.

iii.The announcement will bring ‘Ease of Living’ for family members of the deceased & provide ‘Financial Security’ to them.