The Competition Commission of India (CCI) approves the acquisition of less than 5% shareholding in Intas Pharmaceuticals Limited by Canary Investments Limited and Link Investment Trust II, under Section 31(1) of the Competition Act, 2002. 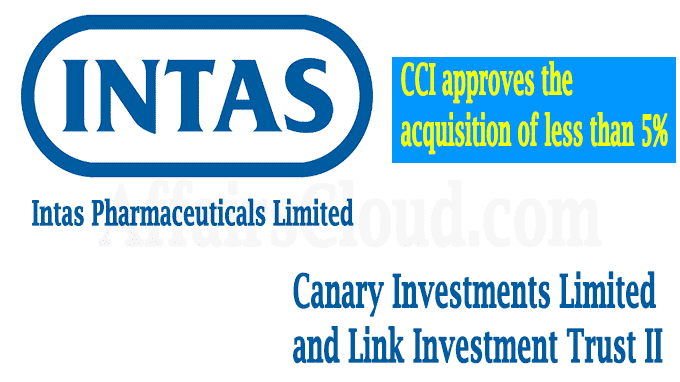 Canary is an investment company registered in Mauritius.

Link II is a private trust created and registered under the laws of India.

Intas is a public limited company incorporated and registered under the laws of India.