The CCEA has approved the increase in the MSP for rabi crops of 2015-16 season to be marketed in 2016-17 announced by Power Minister Piyush Goyal.

Apart from raising the minimum support price (MSP) of pulses, the Cabinet Committee on Economic Affairs (CCEA) approved a bonus of Rs 75 per quintal for gram and masoor dals over and above the support price. 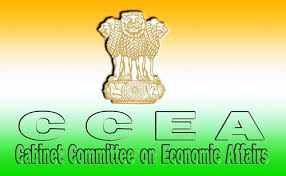 The major function of the Cabinet Committee on Economic Affairs (CCEA) is to review economic trends on a continuous basis, as also the problems and prospects, with a view to evolving a consistent and integrated economic policy framework for the country.