On November 22, 2017, Cabinet Committee on Economic Affairs (CCEA) gave approval for the expansion of schemes of the Ministry of Women and Child Development (WCD) under the umbrella scheme “Mission for Protection and Empowerment for Women”.

PMSSK will be geared towards empowering rural women through community participation with an aim to create an environment in which they realize their full potential. 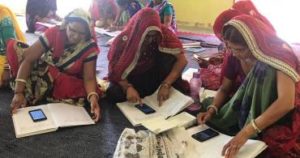