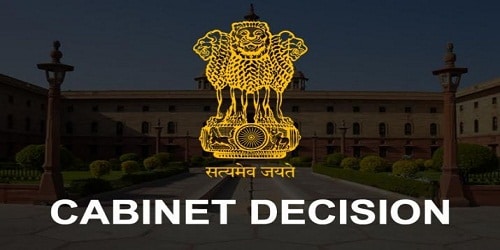 MoU in brief:
i.Coverage: Cooperation between the two countries in the areas of traditional systems of medicine, which would also be a form of shared cultural heritage.
ii.Financial expenses: Expenses to conduct training, research, conference/meetings will be met through the existing budget allocated to the ministry of AYUSH(Ayurvedic, Yoga and Naturopathy, Unani, Siddha and Homeopathy).
iii.Promoting ayush:This MoU would act as a promulgation of Ayush system of medicinal practices established outside India, globally.
iv.Country to country MoU: The cooperation will remain active till the MoU remains in operation.
About Guinea:
Capital- Conakry (also largest city).
Currency- Guinean franc.
Official language- French.

MoU between India and Peru on Cooperation in the field of Medicinal Plants
The Union Cabinet, chaired by the Prime Minister Shri Narendra Modi approved MoU on Cooperation in the field of Medicinal Plants between the National Medicinal Plants Board, Ministry of AYUSH of India and the National Institute of Health, under the Ministry of Health of the Republic of Peru.
Role of MoU in brief
i. Impact:The MoU will provide structural framework in cooperation and also it is expected to further enhance the cooperation in the area of medicinal plants as both these countries are rich in biodiversity of medicinal plants especially India with more than 7000 species of plants with indigenous traditional form of medicine systems.
ii. Finance and activity:The activity remains open till MoU is in operation and the financial expenses will be handled by the existing budgets allocated to the National Medicinal Plants Board (NMPB), Ministry of AYUSH.
About Peru:
Capital- Lima(also the largest city).
Currency- Sol.
Official language-  Spanish.

MoU between India and Gambia on Cooperation in the Field of Traditional Systems of Medicine
An MoU was signed in Gambia on July 31, 2019 in the Field of Traditional Systems of Medicine between India and Gambia during president Ram Nath Kovind’s visit. The MoU was approved by the Union Cabinet chaired by PM Narendra Modi.
Key points
Benefits
i. Framework: This MoU will provide a framework for cooperation and also will mutually benefit both the nations in medicinal practices, especially the Ayush system of medicine in Gambia.
ii. Further enhancement: The MoU will lead to new innovations in drug development and practice of Traditional Medicine by Scientists undertaking collaborative research in the field.
About Gambia:
Capital- Banjul.
Currency- Gambian dalasi.
Largest city- Serekunda.