On April 23, 2020, Astronomers at the Universidade Estadual Paulista in Brazil, have discovered 19 interstellar asteroids (asteroids from outside our solar system) orbiting the sun between Jupiter and Neptune. 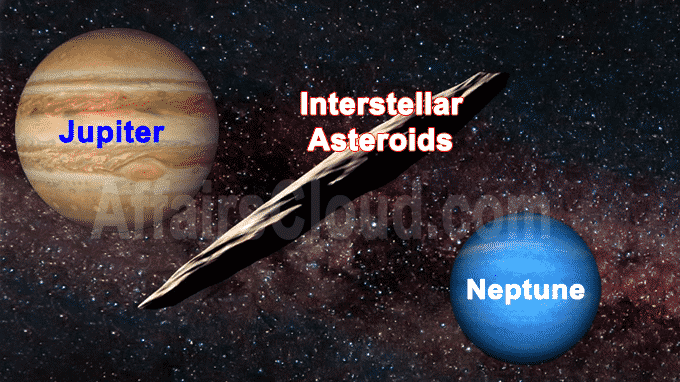 ii.The general consensus in the scientific community is that the asteroids present almost since the very inception of the solar system, 4.5 billion years ago, where each sun had its own asteroids and planets. They have been captured from other stars billion of years ago & have been orbiting our sun on a plane perpendicular to planetary motion at that time and hiding in plain sight.

iii.The findings will help scientists in understanding the chemical & physical similarities and differences between the solar system born asteroids and interstellar asteroids.

v.The findings have been published in the Monthly Notices of the Royal Astronomical Society & the lead author of the study was Fathi Namouni.