On January 06, 2020 Bhubaneswar, Odisha has been selected to host the 1st edition of the 2020 Khelo India University Games (KIUG) which will be held from February 22nd to March 1, 2020 at Bhubaneswar’s KIIT University (Kalinga Institute of Industrial Technology University). The Union Sports Minister Shri Kiren Rijiju and Odisha’s Chief Minister Shri Naveen Patnaik unveiled the logo and jersey of Khelo India University Games during a event in Bhubaneshwar. 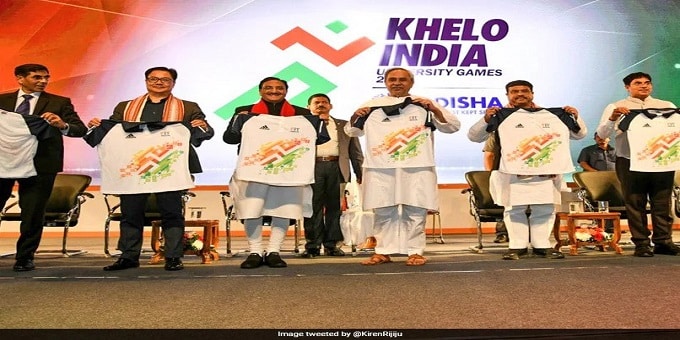 i.Mascots: the mascots unveiled at the launch event were named as mascots ‘Jay and Bijay‘.

ii.Event associates: The event will be hosted in association with the Sports Authority of India (SAI), Association of Indian Universities, Indian Olympic Association (IOA) and the National Sports Federation (NSFs).

iv.One-state-one-sport: During the ceremony, future implementation of one-state-one-sport plan was announced. Under this plan, each state will adopt and nourish a particular sport of its choice and potential.