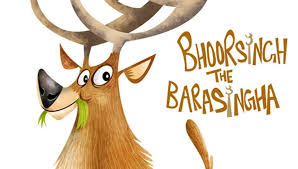 Barasingha was chose as a Mascot because it has one of the biggest wildlife success stories, which was on the state of extinction in the year 1970, to increase to more than 800 in 2017.