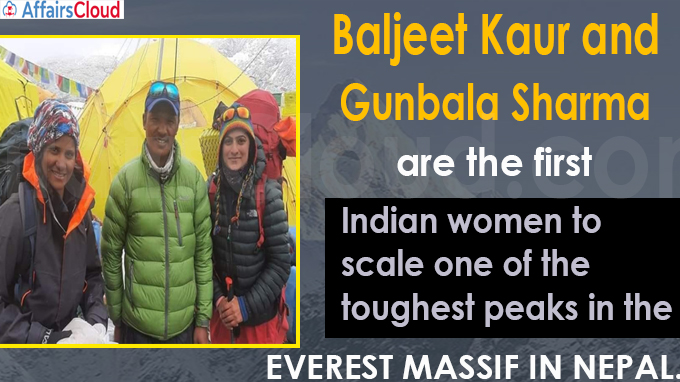 i.The Everest Massif expedition was flagged off by Union Minister of Youth Affairs and Sports Kiren Rijiju in Delhi on March 27.

iii.The mountaineers, Baljeet Kaur, of Solan district of Himachal Pradesh and Gunbala Sharma of Rajasthan are part of this 12-member team that attempted to conquer all four peaks that are part of the Everest Massif.

v.It has to be noted that on May 10,2021, two Indian male mountaineers Hem Raj and Stanzin Norboo had submitted the same mountain, along with four sherpas.

vi.Mount Pumori and Mount Nuptse are considered to be the toughest mountains to summit in the world.