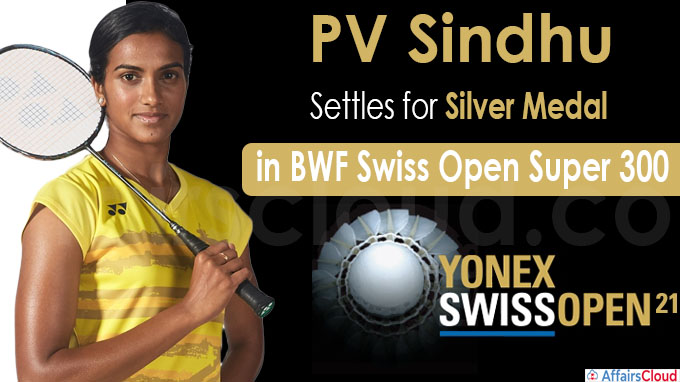 Indian Shuttler PV Sindhu clinched the Silver Medal in the 2021 Swiss Open Super 300 (Officially known as Yonex Swiss Open 2021) after she was defeated in the final by Spain’s Carolina Marin. The tournament took place at St. Jakobshalle in Basel, Switzerland, from March 2-7, 2021.