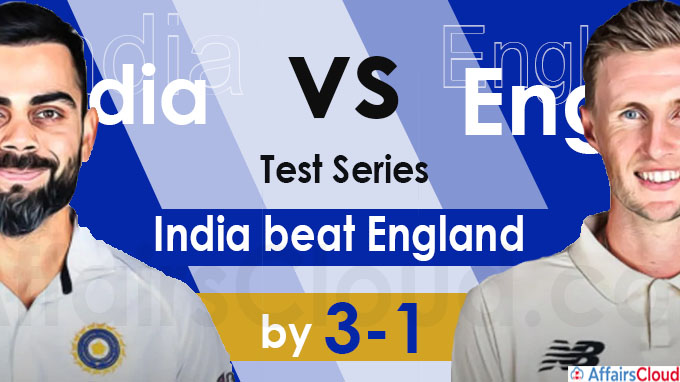 The Indian Cricket Team defeated England in the 4th Test Match held at Narendra Modi Stadium, Ahmedabad, Gujarat to win the Match & consequently the 2020-21 Test series by 3-1. With the win, India has yet again retained the Anthony de Mello Trophy.

The World’s Largest Cricket Stadium at Motera, Ahmedabad, Gujarat was renamed Narendra Modi Stadium (the previous name was Sardar Patel Cricket Stadium) and was inaugurated by the President of India Ram Nath Kovind. It is owned by the Gujarat Cricket Association.

It is the 1st time that the field of an Indian Cricket Stadium has been fitted with LED lights.

Ravichandran Ashwin – His Total wicket tally in the series was 32 wickets.

About the Board of Control for Cricket in India (BCCI):
President – Sourav Ganguly
Headquarters – Wankhede stadium, Mumbai, Maharashtra