On November 9, 2019 the Supreme Court (SC) gave its final judgment on the long disputed Ayodhya case to construct a Ram temple at Ayodhya site in Uttar Pradesh. It has also directed the centre to allocate a separate land of 5 acres for the Sunni Waqf Board for building a Mosque. A 5-member SC constitution bench, headed by Chief Justice of India Ranjan Gogoi announced the Ayodhya Ram Janmabhoomi-Babri Masjid title suit case. 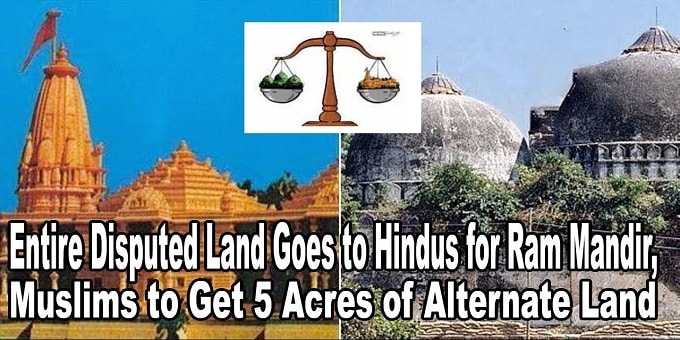 ii.ASI report: The Archaeological Survey of India(ASI) reported the existence of Ram temple at Janmasthan, and the court noted that according to the ASI, Babar’s Masjid (mosque) was built on the very spot where the old temple Janmasthan stood.

iii.Dispute: There was a dispute among three parties – Ram Lalla, Sunni Waqf Board and the Nirmohi Akhara for the land.