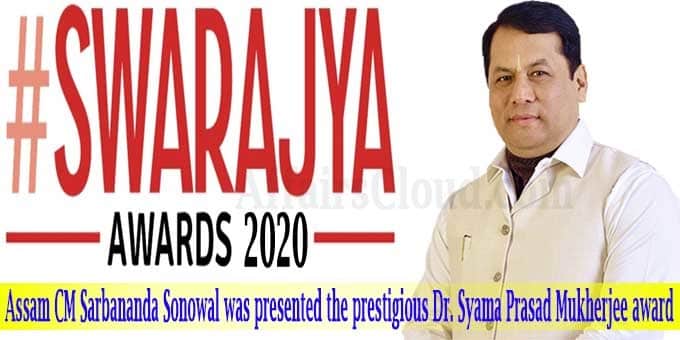 About Swarajya Awards
The award aims to Honor the stellar work by individuals in the field of culture, social work, politics & economics.Each award will carry a citation, a specially designed trophy & a cheque worth Rs. 1 lakh.

iii.In his memory Shyama Prasad Mukherji College of University of Delhi was established in 1969.