i.India finishes 11th in Asian Indoor Games with 40 medals:
India secured 11th place in the Asian Indoor and Martial Arts Games 2017.  Indians won a total of 40 medals.This consists of 9 gold, 12 silver and 19 bronze medals.India was represented by more than 200 athletes in 15 disciplines. 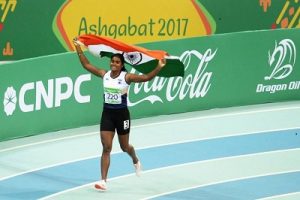