The idea of formation of Asian Development Bank (ADB) was conceived in 1960s and its motto is fighting poverty in Asia and the Pacific. A resolution was passed in 1963 that set the vision on the way to becoming reality.
ADB was opened on 19 December 1966 with 31 members and Takeshi Watanabe from Japan was ADB’s first President. The headquarters of ADB is in Mandaluyong, Manila, Philippines. ADB’s all presidents are from Japan.

President: Recently in September 2019, the president of ADB Takehiko Nakao resigned from his position. Currently the president post lies vacant and is soon to be filled in accordance with an open, transparent and merit-based procedure of the bank’s norms. 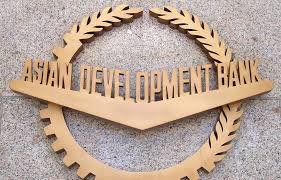 ADB has now 67 members of which 48 are from the Asia and Pacific region. India joined ADB in 1966. ADB assists its members, and partners, by providing loans, technical assistance, grants, and equity investments to promote social and economic development.

The way ADB provided its assistance to the countries in need:

India on track to grow at 7.4 per cent in 2017 – Asian Development Bank report