The 23rd edition of Asian Athletics Championship was held from 21 to 24 April 2019 at the Khalifa International Stadium in Doha, Qatar. India won 17 medals which include 3 gold, 7 silver, and 7 bronze, finished fourth in the tournament. 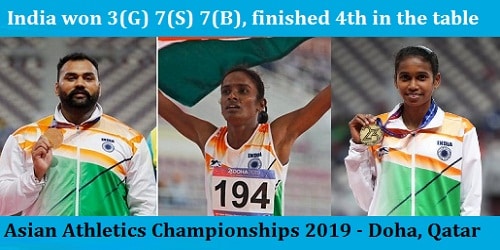