Ravichandran Ashwin an Indian spinner was bagged with International Cricketer of the Year award at the CEAT Cricket Rating (CCR) International awards 2017 on 24 May 2017.

Key Notes:
i. The ceremony was held at the Cricket Club of India in Mumbai. 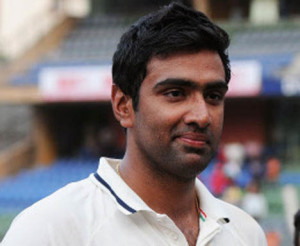 ii. The award was presented by a former Indian Cricket Captain Sunil Gavaskar and Chairman of RPG Enterprises Harsh Goenka.
iii. Ashwin has won the award second time as he had won the ICC Cricketer of the Year award in 2016 as well.
iv.With this, he has joined the ranks of Rahul Dravid and Sachin Tendulkar.
v. They are the only two other Indian cricketers to have received the honour.
vi. He played a significant role in India’s successful run during the home season.
vii. He took 99 wickets in the past 12 months.
viii. He also won 10 out of the total 13 tests played against New Zealand, Australia, England and Bangladesh.
ix. The young Indian batsman Shubhman Gill won the Young player of the year award for his best performance during the India-England U-19 ODI series, which was played in Mumbai.