On 30th august ,2017, Central Statistics Office(CSO) published new series of gross State Domestic Product (SDP) data with 2011-12 as the base year. According to it Jammu and Kashmir and Arunachal Pradesh were the fastest expanding State economies in 2015-16. Comparison between states plays a healthy role in promoting competitive federalism thereby promoting fair competition. On the whole, the national economy expanded by 8 per cent in 2015-16 at constant 2011-12 prices. 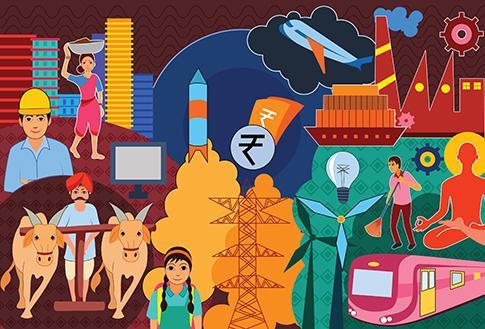 Per capita income in Jammu and Kashmir and in Arunachal Pradesh rose by more than 14 per cent, while the rise at the national level was only 6.8 per cent. The per capita income in these States was just a fraction of that in richer States and territories such as Delhi.

The trend of growth: –

The rapid expansion of Jammu and Kashmir’s GSDP came after a 0.3 per cent contraction in 2014-15 when the State was hit by its worst flood in 60 years following heavy monsoon rains. The Arunachal Pradesh economy, also had expanded at a similar pace that year.

These five States together account for about 46 per cent of the nation’s GDP.

Growth estimates for West Bengal, compiled by the State’s directorate of economics and statistics, are still under examination by the CSO, and have therefore not been published. Compilation of the growth data for 2016-17 is not yet complete, as only 18 States and Union Territories have reported their numbers to the CSO.