Last year, RBI has directed banks to calculate their respective base rate based on marginal cost of lending funds which was previously calculated on other factors as per bank ease. 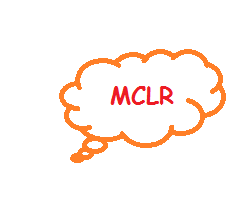 Firstly what is base rate?
Base rate is the rate which is decided by respective banks below which they cannot lend credits to individuals or businesses except in the cases allowed by RBI. It is different for each bank. RBI does not decide the base rate for banks, but banks themselves decide the base rate following a certain methodology.

Before 2010, there was Benchmark Prime Lending Rate (BPLR) system. Under this banks were allowed to lend loans to their most trust worthy customers at a low rate. But this system was not transparent. Banks used to lend to big businesses in order to increase their business and the low income people could not have the credits easily.

So in 2010, banks were advised by RBI to apply the system of base rate i.e. below this rate banks will not be able to lend credits, except in the cases allowed by RBI. Banks were provided with various parameters to calculate their respective base rates. These parameters include average cost of funds, marginal cost of funds or any other methodology which seemed reasonable.
This was a good step by RBI which allowed transparency in the loan credit system. But then banks used to change their methodology as when they wanted and which provided them with more ease and convenience.

Whenever the RBI cuts the repo rate, same has to be done by banks also in their base rates, but they lower the base rate in small because most banks currently follow average cost of funds based calculation for arriving at respective base rates. This is the main reason for changing the policy to Marginal Cost of Funds based Lending Rates (MCLR).

Now again changing the policy, RBI had directed banks to change their methodology to Marginal cost of Funds to calculate the base rate.

What is marginal cost of funds?
They are the funds which banks have to give to its customers and RBI instead of investing them in other ways.

The main components of MCLR are:

These 4 parameters decide the funds which could have have been invested by banks other than giving to the customers and RBI. In new system also, like base rate, banks can not lend below a certain benchmark.

Some of the guidelines on MCLR

Base rate vs MCLR: