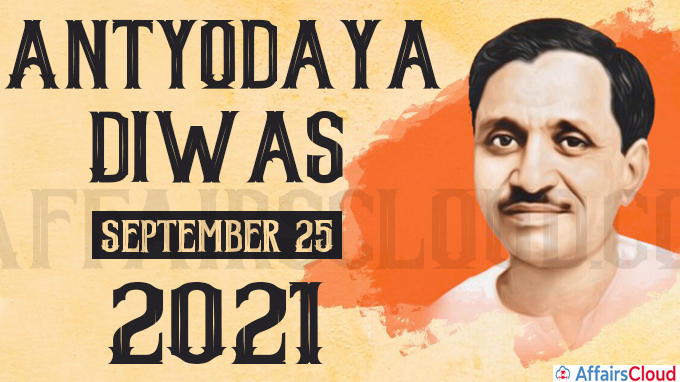 To uplift the poor people in society to the better sector.

ii.In 1940, he launched “Rashtra Dharma”, a monthly journal to disseminate the ideology of Hindutva nationalism.

iii.His philosophical idea of “Integral humanism” was adopted as the official doctrine of the Jan Sangh in 1965 and later the Bharatiya Janata Party.

DDU-GKY is a skill training initiative of the Ministry of Rural Development aimed at rural poor youth between 15 and 35 years of age.