Buddhism is the middle way of wisdom and compassion. It stands for three pillars: a) Buddha – its founder; b) Dhamma – his teachings and c) Sangha – order of Buddhist monks and nuns.

Five Great Events of Buddha’s Life and  their Symbols: 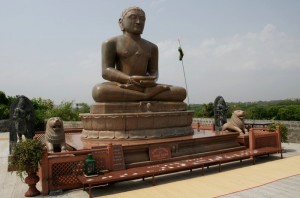