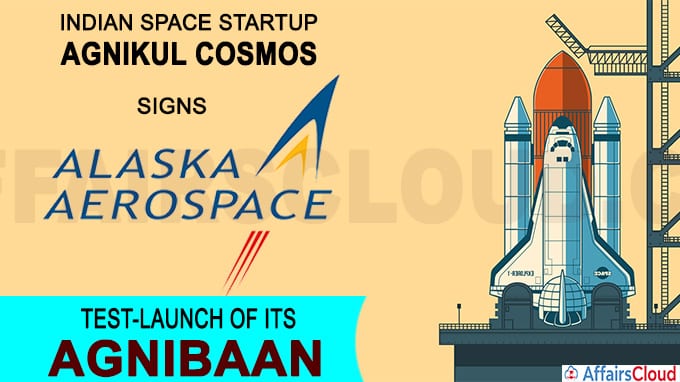 i.As part of the MoU, Alaska Aerospace and AgniKul will work to gain regulatory approvals such as US Federal Aviation Administration (FAA) launch licensing, US export control. It will also work to comply with exports laws and regulations in India.

iii.The partnership is one-of-its kind, as an Indian company is collaborating with Global Space Port for its launch.

i.Agnibaan is a small satellite rocket, which is capable of carrying up to 100 Kilograms of payload to low Earth Orbits up to 700 kms.

ii.The Debut launch of ‘Agnibaan’ is expected to take place in 2022.

i.It is an India-based start-up incubated at Indian Institute of Technology (IIT), Madras.

ii.It helps in designing and launching orbit-class rockets for micro and nanosatellites.

ii.NASA astronauts Robert Behnken and Douglas Hurley docked the SpaceX “Dragon” spacecraft with the International Space Station(ISS) on 31st May 2020