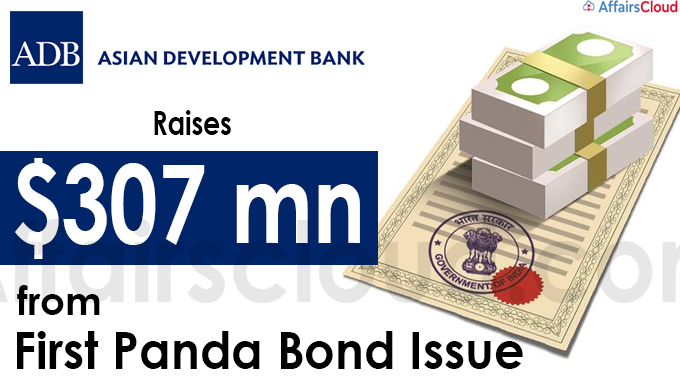 Objective – It will support ADB for their development project in china during its 5 year country partnership strategy.

What is the Panda Bond?

A Panda bond is a Chinese Currency (renminbi) denominated bond from a non-Chinese issuer, sold in China.

Before selling such bonds, the Chinese government agreed that funds raised from sales of Panda bonds would have to remain in China; issuers would not be permitted to repatriate such funds.

About the Panda Bond:

The issuance of bond was arranged by lead underwriter and bookrunner Bank of China, with joint leads BNP Paribas, CITIC Securities, and HSBC Bank and a syndicate of relationship banks.

i.The Proceeding of this bond will be built on the capital resources of the ADB & it will be deployed to support ADB’s local currency operations in Chinese renminbi.

ii.The offering was 1.86 times oversubscribed and widely distributed to domestic and international investors through centralized book building and auction in the China Inter-Bank Bond Market.