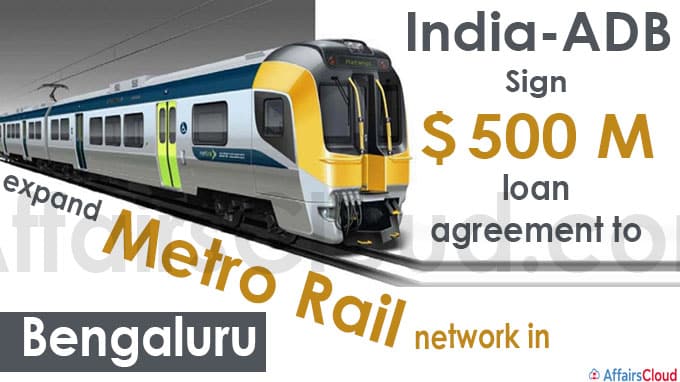 i.It will support the urban transport and urban development projects in Bengaluru with the concept of transit-oriented development (TOD) and multi-modal integration(MMI) with the aid and assistance of the ADB.

ii.The project will help in decongesting  the traffic and provide smooth connectivity to the airport and TOD will help in increasing the capital revenues and quality of living in the city.
iii.It will cater to the needs of vulnerable sections such as children, women, differently-abled and elderly people.