Famous film, television and stage actor Vikram Gokhale (67) was felicitated with the prestigious Vishnudas Bhave Award. The award was given to him at a ceremony on the eve of ‘Marathi Rangbhumi Din‘. 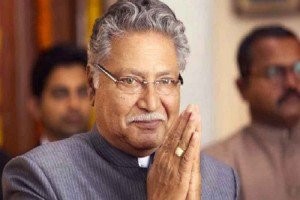