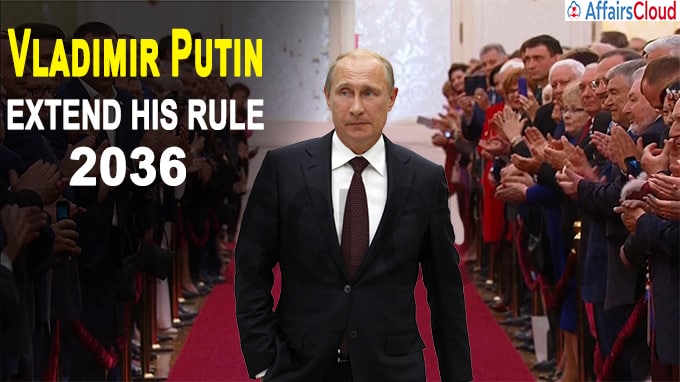 The 77.9% Russian electorate have voted in favour of constitutional amendments that will allow 67 years old President Vladimir Putin to stay in power until 2036 i.e. until the age of 83. His current term of 6 years will end in 2024. Means now, he will be re-elected twice under the constitutional amendments. He is already the longest-serving leader in modern Russian history.

Putin’s president is providing prize draws offering flats and also there will also make some other constitutional amendments for suitable reforms, such as pensions protection and a de facto ban on same-sex marriage.