India bagged seven medals, including five silver and two bronze at the 16th Asian Rowing Championships from September 24 to September 28, 2015 in Beijing.

PARTICIPANTS
Approximately 400 athletes and officials from 23 National Federations are participating in the competition. 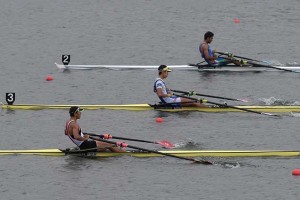