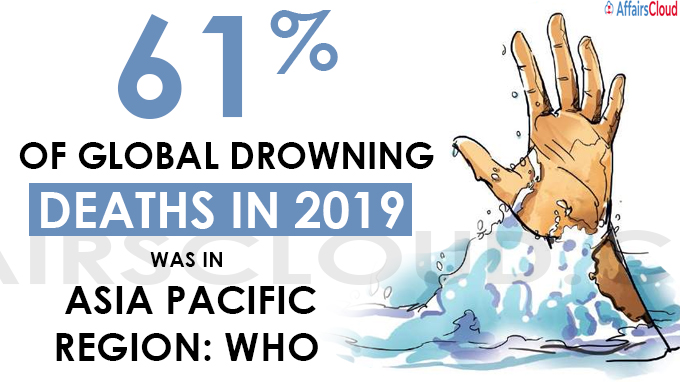 i.The report states that over 1,44,000 people drowned in the Asia Pacific region in 2019, accounting for 61% of global drowning deaths.

ii.In the South-East Asia region, drowning had claimed the lives of around 70,000 people while it claimed 74,000 in the Western Pacific region.

ii.Frequent and Extreme weather events will lead to regular and intense floods; this will increase the populations’ exposure to potentially hazardous interactions with water.

The report provides countries with best practices on drowning prevention interventions and policies, day care for children, public awareness campaigns focused on behaviour change and others.