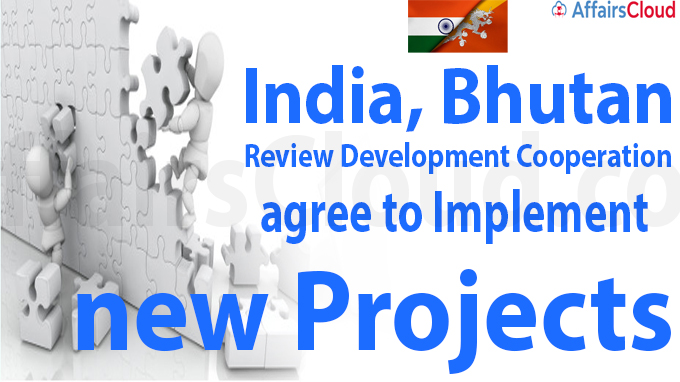 The 3rd Development Cooperation Talks between India & Bhutan took place virtually. The Indian side was led by Rahul Chhabra, Secretary (Economic Relations), Ministry of External Affairs while the Bhutan side was led by Kinga Singye, Foreign Secretary, Bhutan.

October 22, 2020, India-Assisted Mangdechhu Hydroelectric Project, a Bhutan-India Friendship project in Bhutan won the 2020 Brunel Medal for Excellence in Civil Engineering at the Annual Institution of Civil Engineers(ICE) Awards 2020 organised by the United Kingdom (UK) based ICE.