On November 26, 2019 an analysis by Non-govt Organisation(NGO) Child Relief and You (CRY), released its report on crimes against children in India. As per the report, crimes against children rose by 20% which is higher than the overall number of crimes that rose by 3.6%. Among the Indian states, Uttar Pradesh(UP) and Madhya Pradesh(MP) topped the list for overall crimes in India. 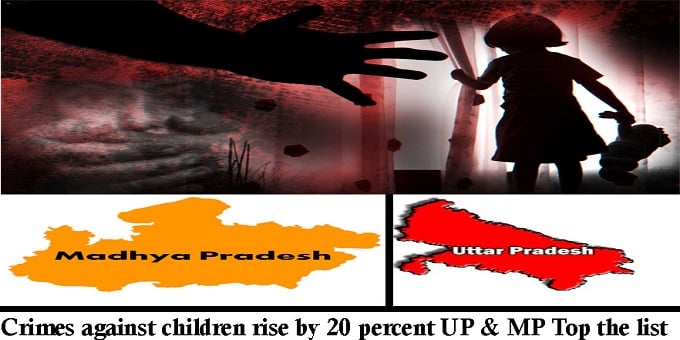 About Child Rights and You(CRY):
Founded- 1979.
Motto- Stand up for what is right.
Location- New Delhi.
Founder- Rippan Kapoor.