About the Pulitzer Prize

Awarded for achievements in newspaper and online journalism, literature and musical composition in United States

The winner in the public service category of the journalism is awarded a gold medal. 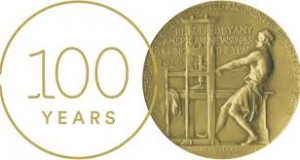