Two Indians Kartik Sawhney (21) and Neha Swain (28) are among the 60 others who have won the Queen’s Young Leaders award in the UK for their exceptional work in transforming the lives of others and making a lasting difference in their communities. 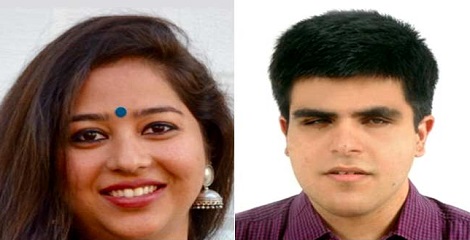 About Indian winners
Kartik, who was born blind, has been acknowledged for his exceptional work highlighting universal access to education for all.

Neha, a youth facilitator and co-founder of NGO Rubaroo provides an inclusive space for young people, irrespective of their socio-economic background, to develop their leadership skills through interactive workshops.

About Queen’s Young Leaders award
Queen Elizabeth Diamond Jubilee Trust presents the award to recognise young people from across the 53 countries of the Commonwealth.