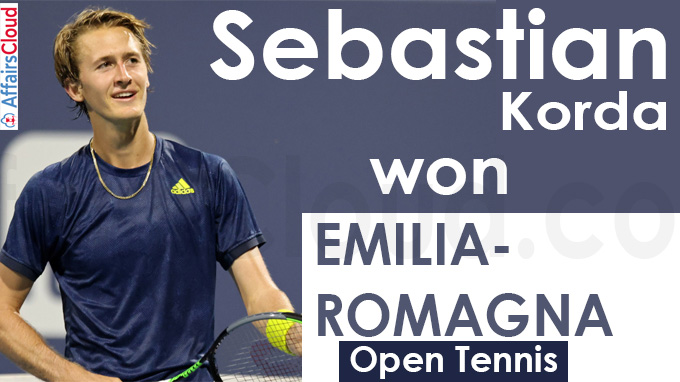 In May 2021, Emilia-Romagna Open tennis tournament 2021 was conducted at Parma, Italy. The Tournament witnessed the victory of Sebastian Korda, the 1st American to win a Male Championship in the European Clay Court, which was previously won 11-years ago by Sam Querrey.

Coco Gauff, a 17-year old American Tennis player, created history by becoming the youngest player to win both the Women’s Singles and Doubles Title at the Emilia-Romagna Open. The record was previously held by Maria Sharapova since her 2004 victory in England.

Note – Their win comes ahead of the French Open Tournament, which is scheduled to be held in June 2021 at Paris, France.