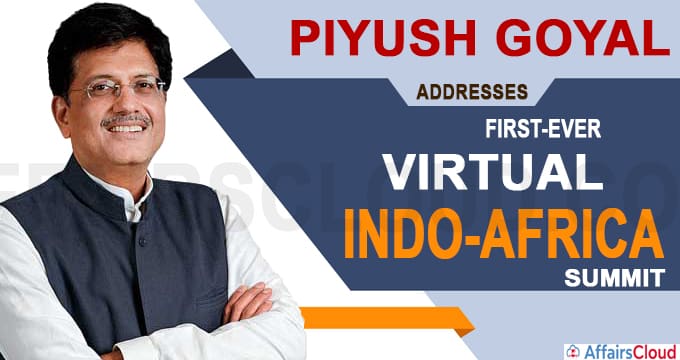 Aim: To bring leaders from India and sub-Saharan Africa together while showcasing opportunities for collaboration within finance, geopolitics, infrastructure, pharma, technology and communication.

–The combined markets of India and Africa encompass 2.5 billion people and GDP of $5.5 trillion.

–At the World Economic Forum in Delhi in 2014, the two sides reaffirmed their intention to reach a trading volume of US$500 billion by 2020.

–The African continental free trade came into force in 2019. Indian companies can benefit from setting up industry in Africa. As of June 2020, India had extended 121 lines of credit to 41 African countries to set up businesses there.