On January 07, 2020 the Union Minister of Information and Broadcasting (MoIB) Shri Prakash Javadekar conferred the 1st edition of the Antarrashtriya Yoga Diwas Samman (AYDMS) to 30 media organisations in New Delhi. The awards were given as an honour to media organisations for contributing to the spread of yoga in the society. 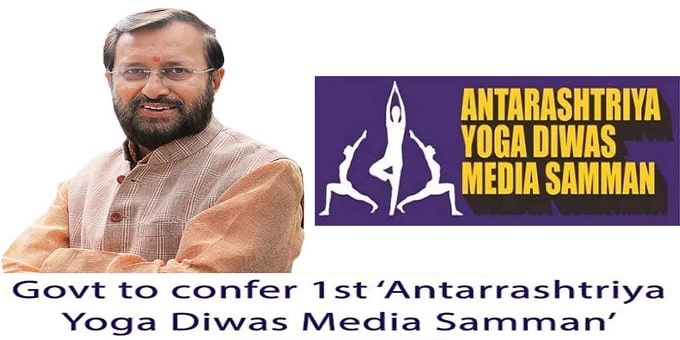 i.Award category: 30 awards in 3 categories were awarded. These include

ii.The award consists of a medal, plaque, trophy, and a citation.click here to know about the awardees.

The International Day of Yoga:
The day is celebrated annually on June 21st ever since 2015. The idea to celebrate yoga day was 1st proposed by the Indian Prime Minister Shri Narendra Modi during his address at the United Nations General Assembly(UNGA) in September 2014.