The United Arab Emirates (UAE), as the incoming chair of the Indian Ocean Rim Association (IORA), has hosted the 19th IORA Council of Ministers (COM) Meeting held in Abu Dhabi on November 7 2019. The theme of this meeting was “Promoting a Shared Destiny and Path to Prosperity in the Indian Ocean”. UAE assumed the IORA’s presidency for 2019-2021.
The Republic of Bangladesh is undertaking the Vice-Chair position of IORA (also for 2019-2021) as a part of the Troika along with the UAE (as arriving Chair) and South Africa (past Chair). 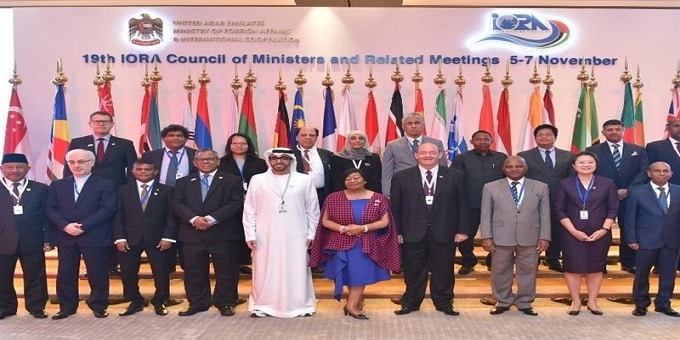 Maldives
Maldives becomes 22nd member state of IORA after Maldivian Minister of Foreign Affairs Abdulla Shahid hired the Instrument of Acceptance on November 7 2019, at the 19th COM of IORA in Abu Dhabi. Maldives first applied to become a member of the IORA in 2017.

Key Points: –
i.IORA- It is an intergovernmental organization formed in March 7 1997. It was established by South African president Nelson Mandela. Headquarter is Mauritius.