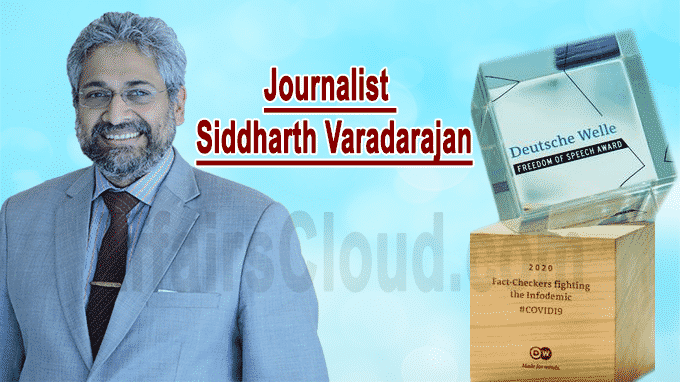 On the occasion of World Press Freedom Day 2020, i.e. on May 3, 2020, 17 journalists from 14 countries have been named for Deutsche Welle Freedom of Speech Award 2020 who have disappeared or been arrested or threatened because of their reporting on the COVID-19 pandemic.

Winner from India: Siddharth Varadarajan of The Wire

Siddharth Varadarajan, one of the founding editors of non-profit online newspage The Wire, was handed a notice for appearance by a police team on April 10, 2020 following a story about a politician violating COVID-19 guidelines by participating in a religious ceremony. The Wire was accused of “causing a riot” and “leading to panic.”

Since 2015, German public news outlet Deutsche Welle has presented the Freedom of Speech Award annually to a person or initiative that has shown outstanding commitment to human rights and freedom of expression in the media.