28th January 2016 is celebrated as the 150th birth anniversary of the greatest Indian freedom fighter Lala Lajpat Rai. He was born in Dhudike, Punjab on 28 January 1865. 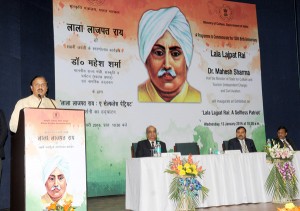 Buildings and Places build in the memory