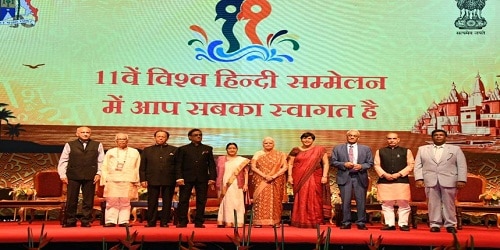 i. It 11th World Hindi Conference (WHC) was organized by the Ministry of External Affairs, India in collaboration with the Government of Mauritius.

ii. It was inaugurated by Mauritius Prime Minister Pravind Kumar Jugnauth. Over 2,000 delegates participated in the conference.

iv. The first World Hindi Conference was held in 1975 in Nagpur.

v.A special logo has been designed for the conference this year which depicts the national birds of India and Mauritius, peacock and dodo respectively.