The Pan Pacific Open currently sponsored by Toray Industries, is an outdoor hard court tennis tournament held annually in Tokyo, Japan. It is a WTA Premier Tournament on the WTA Tour.

Former world number one Caroline Wozniacki beat Japan’s Naomi Osaka 7-5 6-3 to win the Single’s title in the  Pan Pacific Open in Tokyo for the second time. 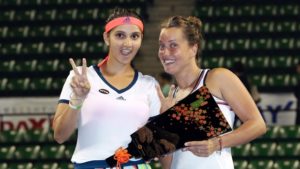